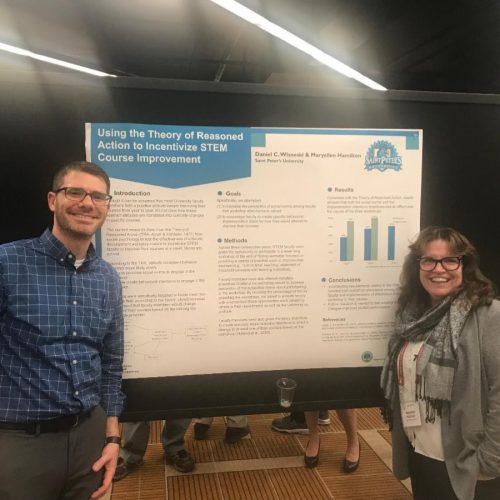 Dan Wisnseki, Ph.D., associate professor of psychology, and Maryellen Hamilton, Ph.D., chair and professor in the psychology department, recently attended the Transforming STEM Higher Education Conference in Chicago, which was hosted by the Association of American Colleges & Universities (AACU). During the conference, they presented results from their research, “Using the Theory of Reasoned Action […] 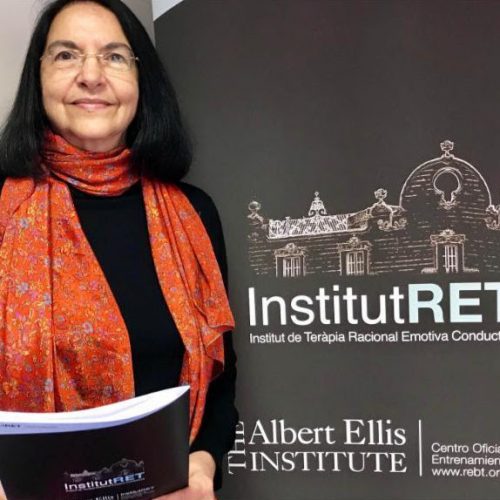 Rational Emotive Behavior Therapy (REBT) is a worldwide known model in the field of Cognitive Behavioral Psychology. For the contributions in the field of REBT including three new books and two other revised editions of previously published books within the past five years, Leonor Lega, Ph.D., professor of psychology, has been awarded the status of […]

Students and Faculty of the Psychology Department Present at Conference 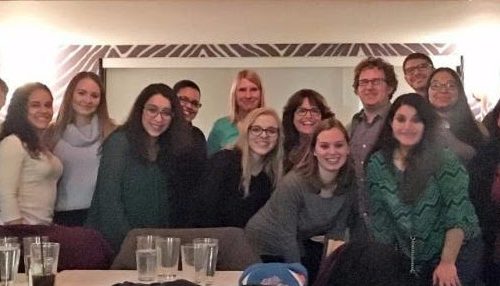 Fourteen Saint Peter’s University students and four faculty members from the psychology department attended the annual meeting of the Eastern Psychological Association from March 16 – 19 in Boston. They collectively presented 10 student-faculty research collaborations at the conference. 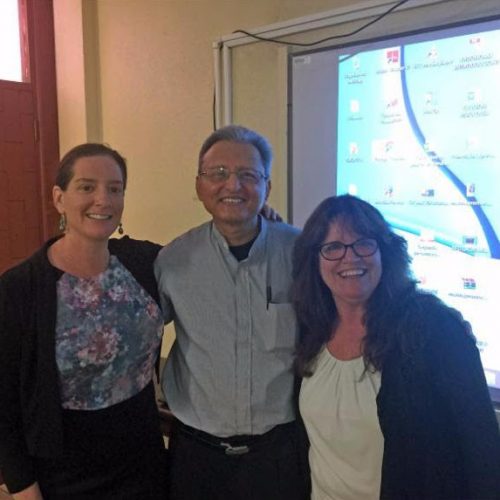 Maryellen Hamilton, Ph.D., professor and chair of psychology, and Mary Kate Naatus, Ph.D., associate professor and chair of the Department of Business Administration and director of research for the Ignite Institute, traveled to Nicaragua last week for an immersion experience as part of the Ignatian Colleagues Program. They were in a group of 24 faculty […] 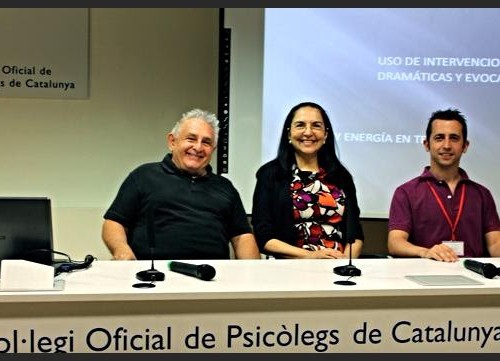 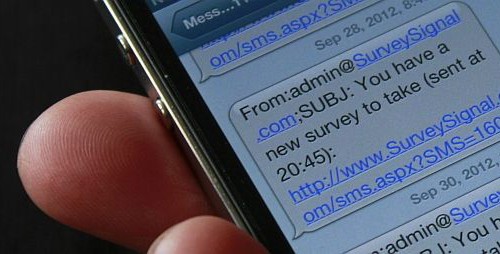 Daniel Wisneski, professor of psychology at Saint Peter’s University, is available for comment on a study he completed on morality, which will be published in Science on September 12, 2014. What: Wisneski worked alongside Linda Skitka, of the University of Illinois, and researchers from the University of Cologne and Tilburg University to complete the study […]

Professor Wisneski’s research has been featured in the New York Times article “A Window Into Everyday Morality via Text Message” on 9/11/2014.

Andrea Bubka, Ph.D., professor of psychology at Saint Peter’s University, was a guest on Fox Business on a segment regarding the new iOS7 operating system and how it can cause motion sickness. She was also quoted in an article on the topic titled, “Is iOS7 Making You Feel Sick?,” which was featured in more than 15 media […] 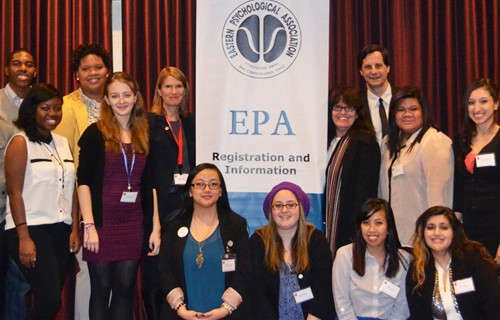 The psychology department at Saint Peter’s University brought 18 students to the annual meeting of the Eastern Psychological Association, held from March 1-4 at the Marriot Marquis in Times Square. Nine students presented eight different faculty-student collaborative research projects throughout the conference, such as the presentation “Repeated Color and Shape Effects in Visual Short Term […]