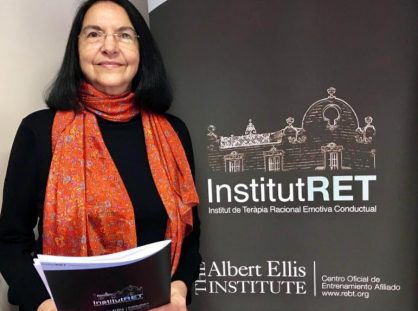 For the contributions in the field of REBT including three new books and two other revised editions of previously published books within the past five years, Leonor Lega, Ph.D., professor of psychology, has been awarded the status of Life Member at the Albert Ellis Institute in NYC, and elected Honorary President of the REBT Chapter in the Asociacion Psicologica Espanola (Spain).