The Intramural Department at Saint Peter’s University is proud to host numerous competitions and events throughout the academic year.  The highlight of our programming each semester is our league play.  In the fall semester, the department hosts the Co-Rec Softball, Co-Rec Soccer, Women’s Volleyball, Men’s Floor Hockey and Co-Rec Flag Football leagues.  During the spring semester, the department schedules the Co-Rec Volleyball, Men’s & Women’s Basketball leagues. 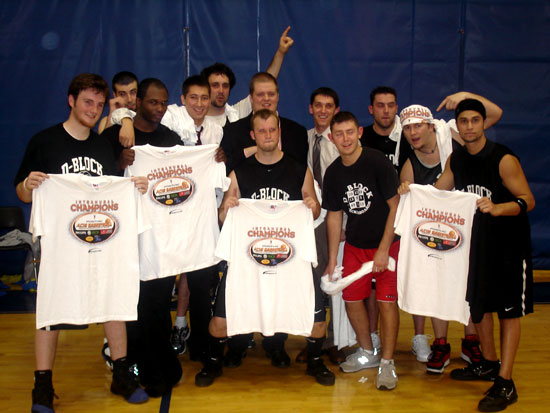 As important and popular as the intramural leagues are the tournaments that are held throughout the year.  Tournaments range from the popular Gym Class Series outdoors on the lawn in front of Whelan Hall to racquetball and wallyball indoors.  A host of basketball tournaments, ranging from Co-Ed 2 vs. 2 and a popular slam dunk contest, are also held on weeknights.  For more information or inquiries on particular tournaments, contact the intramural office at 201-761-7308.