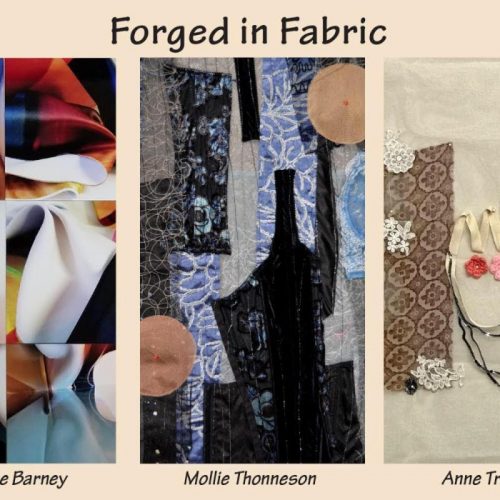 The Fines Art Gallery is pleased to present Forged in Fabric, featuring the works of Christine Barney, Mollie Thonneson and Anne Trauben. The opening reception is February 13 from 5:00-7:00 p.m. The exhibition will run through March 27. 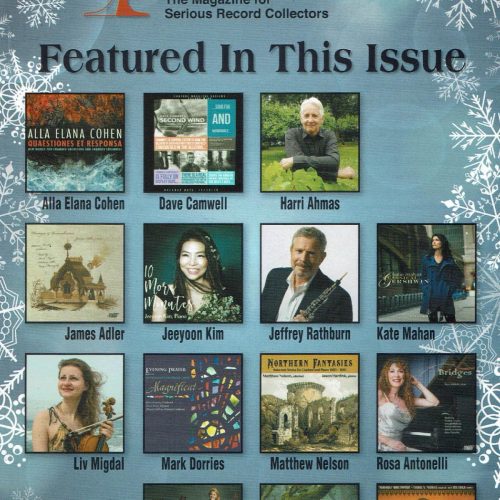 In the January/February 2020 issue of Fanfare Magazine, James Adler, adjunct professor of fine arts, received three rave reviews for his “Homages & Remembrances” CD. The issue also features an in-depth interview of Adler with noted critic David DeBoor Canfield. In it, they discuss Adler’s performance career and his music. According to the reviewers, “Adler has assembled […] 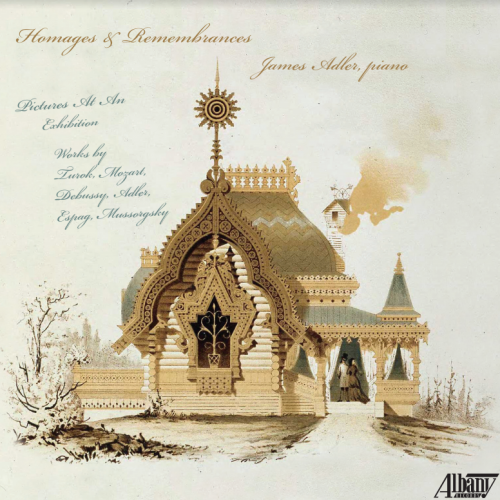 James Adler, adjunct professor of fine arts, has received a brilliant review for his recording of “Homages & Remembrances” from Kathodik (Italy). The publication describes Adler’s recording as “a CD of excellent artistic quality to listen to with great attention.” To read the full review, click here. 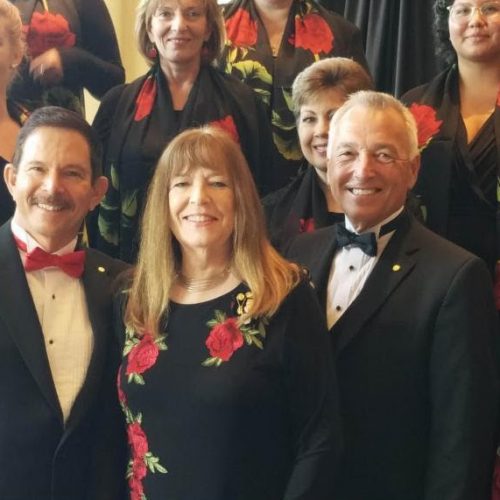 “Daughters of Music,” by Adjunct Professor of Fine Arts James Adler with lyrics by Debra Harden Rue, for treble chorus, French horn and piano, was performed at the Sigma Alpha Iota National Music Fraternity’s 2018 National Convention on July 27. The work was performed by the Fort Worth Alumnae Chapter singers, under the direction of […] 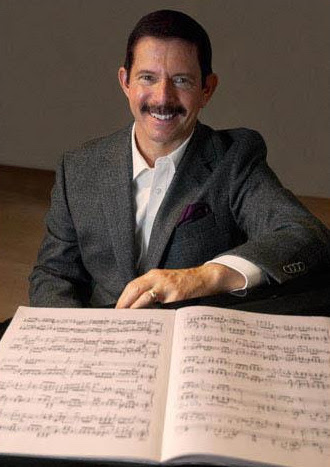 James Adler, adjunct professor of fine arts, published an article in the international Sonograma Magazine (Barcelona) in its June 2018 edition, this time focusing on the inspirations and composition of “A Winter Triptych.” Sonograma, in its review of the disc, referred to the Albany Records recording: “Delicacy and sensitivity are conveyed directly to the listener’s […]

James Adler, adjunct professor of fine arts, received a glowing review in [Q]onStage written by Bruce-Michael Gelbert for his performance at the Yamaha Piano Salon on April 10. Full Story.

NPR-affiliate WLHR in Hunstville, Ala. produced an hour-long show surveying the music of James Adler, adjunct professor of fine arts. The show was broadcast locally and available worldwide online on Elizabeth Robson Norwood’s “The Arts Underground” series on Saturday April 7. The broadcast featured, among his many compositions, Adler’s recently released “A Winter Triptych” (Albany […]

Professor Beatrice Mady of the fine arts department will have selections from her new series of monoprints created this past summer with funding from a Kenny Fellowship on display at 107 Bowers Gallery and Drawing Rooms, both in Jersey City. 107 Bowers Gallery, located at 107 Bowers Avenue opens December 1 from 6:00 -9:00 p.m. […]

Professor Performs as part of JCAST

Playing to a full house, Dr. Jordan Smith of the fine arts department and James Wang performed a selection of music that delighted the audience on October 14 in the Fine Arts Gallery. Their performance was part of the 27th annual Jersey City Art & Studio Tour or JCAST which included more than 150 studios, […]

Beatrice Mady Featured in The University of Dayton Magazine

Professor Beatrice Mady of the department of fine arts was featured in The University of Dayton magazine. She received a B.F.A. from there and a M.F.A. from Pratt Institute. The article can be found here (page 53). Click here to see Mady’s Landfillart page.