Graduates of the Biology Department are helping to build its reputation through their own accomplishments in industry and academia. The best way to learn the value of a Saint Peter’s Jesuit education is from those who have experienced it. Here’s some information about a few recent grads:

JoAnn Devany ’11
I have a much broader view on life after graduating from Saint Peter’s because I was able to come into contact and get to know so many people from a variety of different places and backgrounds. Biology Major Currently pursuing a doctoral program in Physical Therapy at Columbia University.

Wesley Sanou ’11
My name is Wesley Sanou, native of the West African nation of Burkina Faso. In the Saint Peter’s College Biology Department, the learning process for me was always associated with a degree of excitement, especially during lab experiments. I learned with amazement how in biology things are cleverly designed even in the infinitesimal world of bacteria and viruses. An example would be the way methylation/endonucleases can protect bacteria from invading phages. The training received at Saint Peter’s gave me the foundation for currently pursuing advanced biological degrees at the graduate level; and professionally, it is helping me transition from business to the wonderful world of biological sciences.

Justin Lo Re ’11
I am a lifelong resident of Bayonne, New Jersey and began my Jesuit education during my high school years when I graduated magna cum laude from Saint Peter’s Prep in Jersey City, N.J. It was there I learned the incredible importance of developing into a well-rounded person as per the Jesuit vision. Following high school, I desired further Jesuit schooling and chose to attend Saint Peters College where I graduated summa cum laudewith membership in the Most Noble Order of the Peacocok in 2011.While at Saint Peter’s College, I majored in biology and minored in philosophy. I chose to pursue biology as a major to eventually gain admittance to professional schools in the health sciences following college. Pursuing a philosophy minor reflected my committment to the Jesuit production of students well-versed in the liberal arts. Reflecting on my academic experiences – Saint Peter’s College professors, particularly in the Biology Department, treat the brightest students not as mere pupils, but as equals. At most schools, a student is just an ID number. At SPC, a student is a name, a face – a personal history.My exposure to the sciences was not lmited to classrooms only. While enrolled at Saint Peter’s, I conducted research, both in biology with Dr. Laura Twersky and in plasma physics with Dr. Wei-Dong Zhu. During my junior year, I presented findings on the metabolism of artificial sweetenrrs in Xenopus laevis at the New Jersey Academy of Science. Additionally, while woking at the Center for Microplasma Science and Technology during my senior year, I was a co-author on two publications for IEEE Plasma Sciencethat were presented at the International Workshop on Microplasmas in Paris in 2011.I plan to attend UMDNJ School of Osteopathic Medicine in Stratford, NJ in the fall to pursue a Doctor of Osteopathic Medicine degree. Following medical school, I hope to pursue a career in neurology.

Tara Cominski, ’00
After graduating from St. Peter’s in 2000, I entered Seton Hall University’s master’s degree program in biology. While at Seton Hall, I was a teaching assistant for the biology department and started to do neuroscience research both at Seton Hall and at the Veterans Administration Medical Center. I finished my Master’s degree in 2002 and continued to do neurobehavioral research at the VA Medical Center until 2004 when I entered the Ph.D. program in Neuroscience at Rutger’s University. I finished my Ph.D. in 2010 and shortly after that started my post-doctoral work at UMDNJ/VA Medical Center where I am currently studying both the behavioral and cellular and molecular aspects of anxiety disorders. As a biology major at St. Peter’s, I gained the knowledge and confidence to pursue a career as a neuroscientist, which is a reflection of the quality of the professors I had at St. Peter’s. St. Peter’s not only prepared me for my professional career, but it is also where I met my husband and now we have two beautiful children. Thank you St. Peter’s! 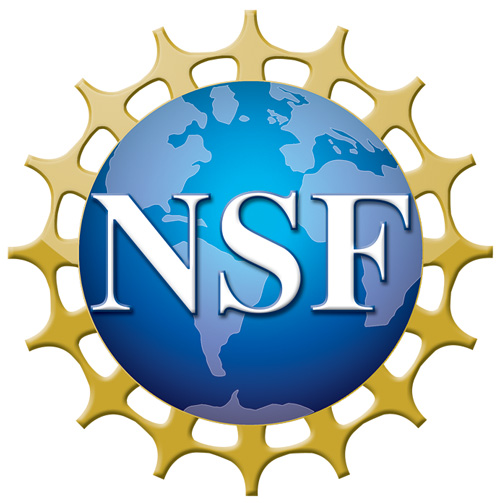 The Transformative Experiences (TREX) Program is an opportunity for students in STEM majors (Biology, Biochemistry, Biotechnology, Chemistry, Physics, and Mathematics) to engage in a paid internship program that also counts for academic credit.