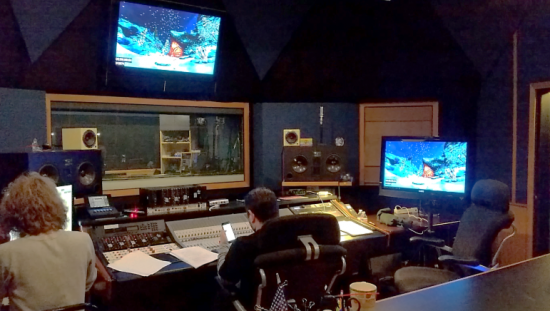 Recently, William Gutsch, Ph.D., distinguished professor of the College of Arts and Sciences, directed a series of recording sessions in Hollywood for a new, IMAX animated feature he wrote and co-produced for children titled Khrumka’s Adventures in the Winter Forest, which is a four minute animated feature for IMAX type domed theaters. In it, a little creature named Khrumka awakens unexpectedly from his long winter’s sleep and explores a new world of snow, the Northern Lights, the winter stars and more.