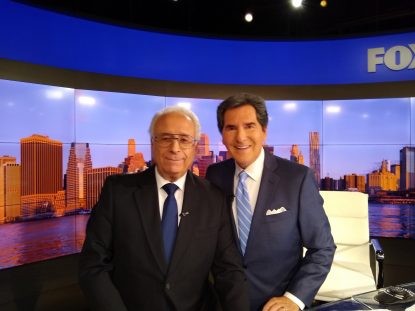 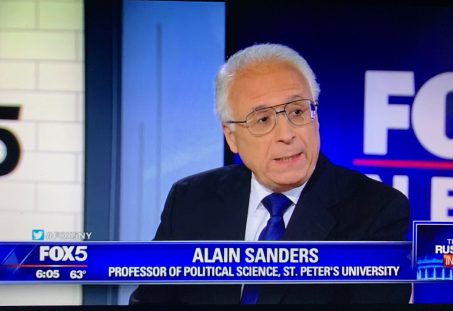 On May 29th, Professor Alain Sanders was interviewed by Fox 5 News about President Trump and Robert Mueller’s investigation into the 2016 presidential campaign.   Professor Sanders teaches numerous courses in the political science department including those relating to the presidency, Congress, judicial process, constitutional law, and mass media. He is widely known for his exceptional ability to explain complicated issues and topics.