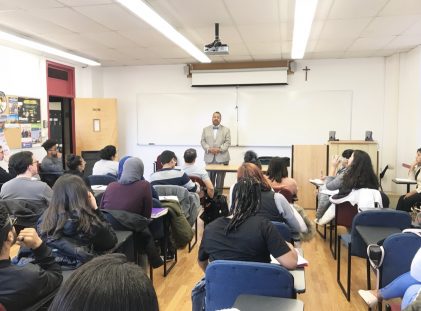 Congressman Donald Payne, Jr., of New Jersey addresses Professor Alain Sanders’ American Government class. Congressman Payne spoke to the students about the work of a member of Congress, how he initially got into politics, and some current national issues such as homeland security, maintenance of the country’s infrastructure, and immigration.