In 2020, Saint Peter’s University formed a partnership with the investment management company, Lord, Abbett & Co. LLC, to support the launch of the University’s first Student Managed Investment Fund (SMIF). Through this innovative program, students in the finance and economics majors have the opportunity to take stock market simulations to the next level by managing a live investment portfolio.

Teams of students are selected on an annual basis and take co-requisite courses in Investment Analysis and Financial Statement Analysis. The success of the investments are regularly measured against performance benchmarks. In addition to the initial funding for the portfolio, Lord, Abbett & Co. LLC, provides training, mentoring and career engagement opportunities for Saint Peter’s University students. 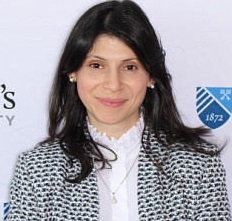 “Saint Peter’s University SMIF offers a unique experiential learning to students. It is the closest a student can get to the experience of working for a major Wall Street firm. Students develop their Investment Policy Statement, perform stock pitches and allocate stocks to a diversified portfolio. They perfect financial techniques in preparation for rewarding careers and gain an appreciation of industry-specific, real life decision-making.” Dr. Samar Issa 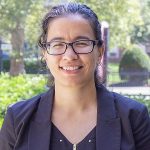 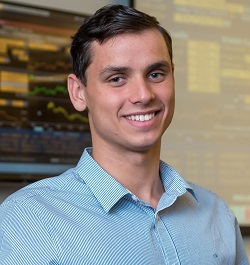 Oleksiy Polishchuk comes from Lviv, Ukraine. At Saint Peter’s University, Oleksiy is a double Economics and Finance major. He is currently working as a research assistant studying corporate leverage. In 2020, Oleksiy participated in the Goldman Sachs Local College Collaborative (LCC) 4.0 program. He has worked as an intern at Kapitus in the cash management department. Oleksiy is also captain of the swimming team at Saint Peter’s. He has competed at various national and international competitions, and is currently training for the 2021 Olympic Trials. After graduation, Oleksiy plans on pursuing a career in investment management. In his free time, Oleksiy enjoys golfing with his friends and spending time with family. 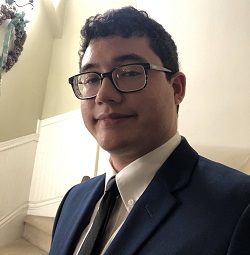 Kagan Shaw grew up in Belleville, NJ and graduated from Belleville High School. Kagan is an honors student with a double major in Accounting and Finance. He has accounting experience, having interned at a public accounting firm in both Taxation and Audit engagements for small business and corporate clients, and also tutoring college students in accounting. Kagan is currently working as a finance and economics Research Assistant for Dr. Samar Issa. He is active on campus serving his second-term as the VP of Finance for the Delta Sigma Pi – Zeta Eta Chapter, and was a Research Team Member for the CFA Research Challenge in 2019. After graduation, Kagan plans on completing his MBA, earning both his CPA and CFA licensure, and becoming a qualified and accoladed financial professional. In his free time, he enjoys reading and exploring problems throughout the world.

Connect with
Economics and Finance