Forget the Kardashians. To Survive the Next Pandemic We Need to Create Great Leaders.

Anyone who has ridden on a New Jersey Transit train or looked at their community’s water quality report recently, should not be surprised by the state’s ad hoc response to the coronavirus. We often fail to provide our public administrators with the resources they need to perform their work efficiently and effectively. As a result, […] 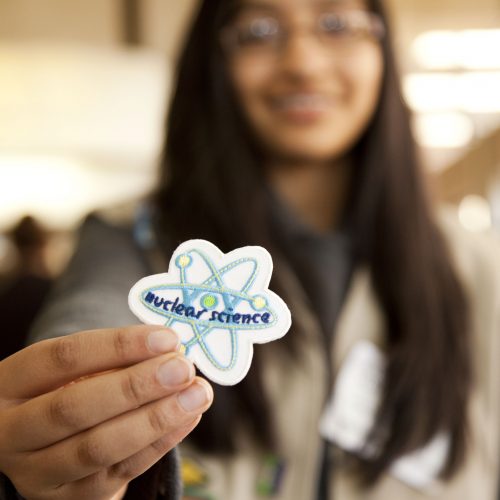 One year ago, there were no Girl Scout troops in Greenville, a densely populated, high need community a few miles south of the Saint Peter’s University campus. That’s not unusual for underserved urban communities, where everything from the traditional troop model that relies on parent volunteers to membership fees prevents girls from participating in a […] 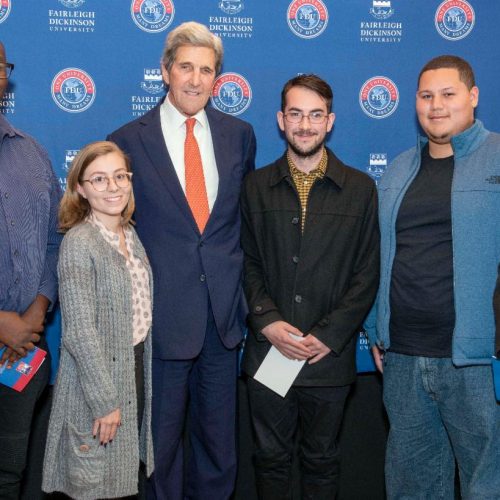 MPA students receive a special visit from the Passaic Mayor 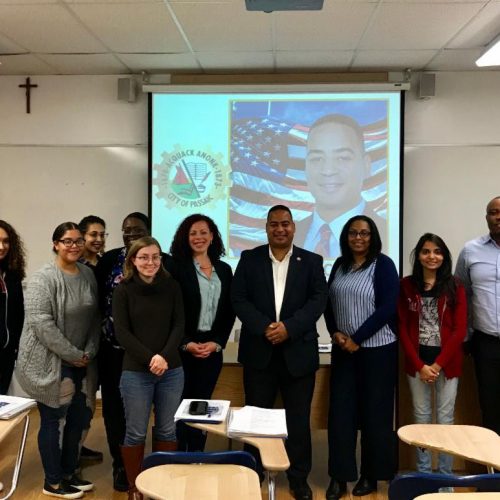 Masters of Public Administration students recently received a special visit from the Honorable Mayor of Passaic, Hector C. Lora. Mayor Lora is recognized for his ability to directly engage with citizens. He contributed his success in implementing community programs and services in Passaic to hard work, networking and a passion to serve. Mayor Lora also […]

Senator Bob Gordon recently visited a political policy class taught by Philip Mark Plotch, Ph.D., AICP, associate professor in the Department of Political Science. Senator Gordon is a commissioner of New Jersey’s Board of Public Utilities. He was previously a mayor, an assemblyman and a state senator in New Jersey. Gordon spoke with the students […]

Hoboken City Council member Vanessa Falco, MPA ’17 recently met with students and alumni at Pete’s Place. She talked about starting a nonprofit, politics, governing and career opportunities. Falco received her Master of Public Administration (MPA) degree from Saint Peter’s in May 2017 and six months later, she was elected to the Hoboken City Council. […]

On Saturday, January 26, the Saint Peter’s University chapter of Pi Alpha Alpha (PAA), the international honor society for public affairs and administration, held its inaugural induction ceremony. PAA is a program run by and a registered trademark of the Network of Schools of Public Policy, Affairs and Administration (NASPAA). Six current students and 22 returning […] 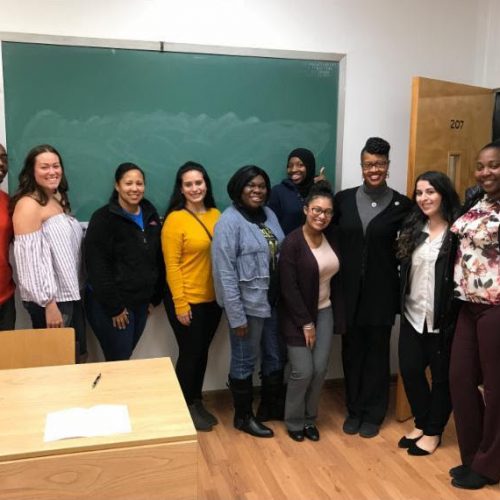 Assemblywoman Angela McKnight, representative for the 31st District encompassing Jersey City and Bayonne, visited campus as a guest lecturer. McKnight spoke to the Masters of Public Administration class led by Professor Don Goncalves about important issues such as the 2018 midterm election results, the increase of women running for office, identifying key policy issues that […]

The Theresa and Edward O’Toole Library Lecture Series: Transforming the Region’s Transportation System featured a panel discussion on the region’s transportation system led by Philip Plotch, Ph.D., assistant professor of political science and director of the Master of Public Administration Program. In conjunction with the presentation, a display consisting of New York City related books […]