“Rev. Robert McCarty, S.J. a ‘Life in Books and Letters’” 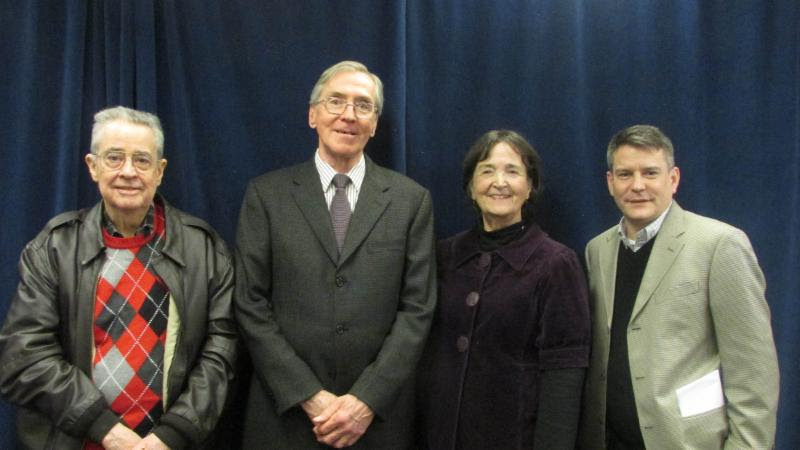 On Thursday, March 30, the English department and The Theresa and Edward O’Toole Library officially opened an exhibit titled “Dr. Robert McCarty, S.J. a ‘Life in Books and Letters’” honoring Fr. McCarty’s four-plus decades of teaching and spiritual counseling at Saint Peter’s. Curated by Librarian and Reference & Exhibits Coordinator Ilona MacNamara, the display highlights books and authors Fr. McCarty loves to teach and read. After opening remarks by the current and former chairs of the English department— Drs. Paul Almonte and Kathy Monahan—Fr. McCarty regaled the audience with a reading and discussion of one of his favorite writers: John Cheever. The exhibit will be up until April 20.