As of November 10, 2011, the following policies apply to requesting a OneCard

All students must be registered for classes during the current academic term prior to requesting a OneCard.  Faculty, staff, administrators, and contract vendors must be currently employed or under contract by the University.

All customers must show a valid, government-issued photo ID, such as a driver’s license, non-driver MVC photo ID, passport, passsport card, or military ID.  If you do not have a photo ID at present, you will need to obtain one prior to visiting the OneCard office.  If this is the case, we recommend visiting the NJ Motor Vehicle Commission, as a non-driver photo ID can be issued same-day for a modest fee.

The OneCard is a photo ID.  Please be prepared to visit the OneCard office in person during regular business hours and to have your photograph taken at that time.  It is not an option to have a non-photo ID issued by the University.

There is no fee for your initial OneCard.  However, if you subsequently need to have a replacement card issued, there is a $15 non-refundable fee which must be paid up front.  This fee applies to all replacements, including but not limited to those needed due to the card being lost, damaged, for a cosmetic change, or due to wear and tear.  It is your responsibility to retain your OneCard, and keep it protected from damage.  Do not punch a hole through the card, as this causes permanent damage and will render the card inoperable.

Customers who have had a OneCard issued in the past and have changed their role at the University will have the replacement fee waived in order to get a new OneCard issued with the proper credentials.  For example, if you have a “STUDENT” OneCard and later graduate with a degree from the University, you may stop by for an “ALUMNI” OneCard free of charge.  This courtesy is extended one time only; subsequent card replacements will be subject to the $15 fee.

Your OneCard is the property of the University and may not be used by any person other than the individual to which the card has been issued.  You must carry your OneCard at all times while on Campus and present it, upon request, to University officials and Campus Safety officers.  Lost or stolen OneCards should reported to the OneCard office immediately.

All members of the University community may have one active OneCard only.  Once a card is replaced, it is permanently deactivated and cannot be reactivated for any reason.   In addition, it is not possible to be issued a “temporary” card in lieu of your OneCard.

Your OneCard is valid while you continue to be enrolled or employed by the University.  Once that role is completed, your OneCard will be disabled and you will no longer be entitled to Campus privileges. 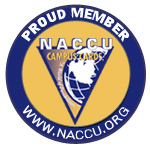