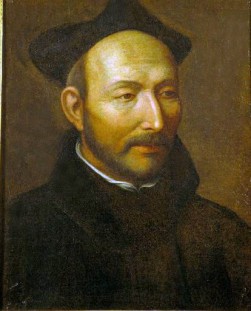 The Society of Jesus was founded by Ignatius Loyola and a small group of his classmates from the University of Paris in the year 1540 — a period of transition between the late middle ages and the early renaissance. It’s not surprising, then, that a new and different type of order would form during this historic age of remarkable change.

The Society was one of the first non-monastic orders. To be certain, the early Jesuits were prayerful, but their praying directed them to go outward, to be active, to be with people in order to “help souls” — to be a “contemplative in action.” The Society was also the first order to form a world-wide network of colleges, schools and universities. These “firsts” grew out of the Society’s motto: For the Greater Glory of God.

The founding Jesuits did not initially plan for education to be their primary ministry. Yet at the time of Ignatius’ death, 35 schools had been formed and by the end of the 17th century there were 300. Almost a century later, the first Jesuit university was established in the United States with the founding of Georgetown University in 1789. The youngest, Wheeling Jesuit University, welcomed its first class in 1954.

It’s worth noting that the majority of Jesuit colleges and schools in this country were founded in large, emergent cities in order to minister to the most people in greatest need. Twenty-one of the 28 U.S. universities opened their doors in the 1800s – reflecting the wave of immigration to the country. Saint Peter’s College, founded in 1872, certainly fit that formula.

It has been said by Father Peter-Hans Kolvenbach, S.J., former worldwide leader of the Jesuits, that to truly understand Jesuit education we need to understand the world-view, vision and the life of Ignatius Loyola, now considered one of the greatest educators in the history of the world. As you read Ignatius’ biography, you’re invited to do something that Ignatius himself might have invited you to do, which is to notice your own thoughts, feelings, emotions and memories about your life as you journey through his life. This is a very Ignatian thing to do!