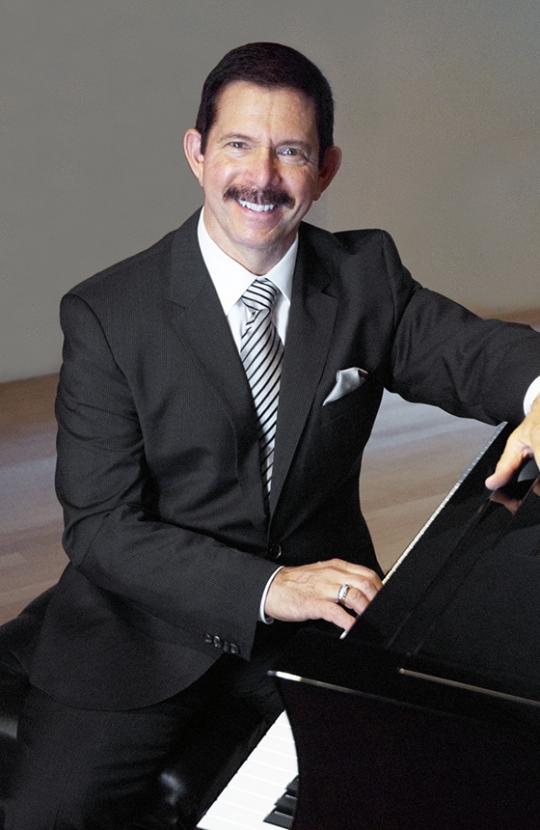 James Adler is a pianist who “can create whatever type of music he wants at the keyboard” (Chicago Sun-Times) and a composer who writes “with uncommon imagination” (Atlanta Journal-Constitution). Mr. Adler made his orchestral performing debut with the Chicago Symphony Orchestra and has appeared in recital on the Orchestra’s Allied Arts Piano Series, and the Dame Myra Hess Memorial Concerts Series. His appearances have brought him from Chicago’s Grant Park, to London’s Royal Albert Hall (broadcast by the BBC), to Thesseloniki, Greece, to New York’s Alice Tully Hall, Symphony Space, and the Paramount Theatre at Madison Square Garden. His extensive list of compositions is headed by Memento mori: An AIDS Requiem. Performed worldwide, recorded by AmorArtis Chorale and Orchestra, and published by Alfred Music, Memento mori features a “range of expression [that] is expansive” and is “a unique, well-crafted, emotionally rich piece” (American Record Guide). Other compositions include Reflections upon a September morn (poetry by Walt Whitman); Monday’s Child, performed at The Cathedral of Saint John the Divine and at The Metropolitan Museum of Art; Daughters of Music, commissioned by Sigma Alpha Iota International Music Fraternity Fort Worth Alumnae Chapter; Carols of Splendour, premiered at Carnegie Hall; More

It’s Gotta Be America, commissioned for the Centennial Celebration of the Statue of Liberty; and Canticle For Peace, written for the opening of the 43rd session of the United Nations General Assembly (published by Colla Voce Music). Mr. Adler is also the composer of Concerto in G for Piano and Orchestra (published by Alfred Music and performed last season in NYC), the children’s “pOpera” Herbie and Carnie: A Dinosaga, the Classic Rag-time Suite for orchestra, numerous solo, chamber, and choral works, and the award-winning film score for The Hat Act.
As performer and composer, Mr. Adler can be heard on recordings from Albany Records, Capstone, Navona, and Ravello Records. He is a member of the Department of Fine Arts at Saint Peter’s University. James Adler is a National Arts Associate in the Sigma Alpha Iota International Music Fraternity.

“To share music, history and perspective, with the care for each and every individual”