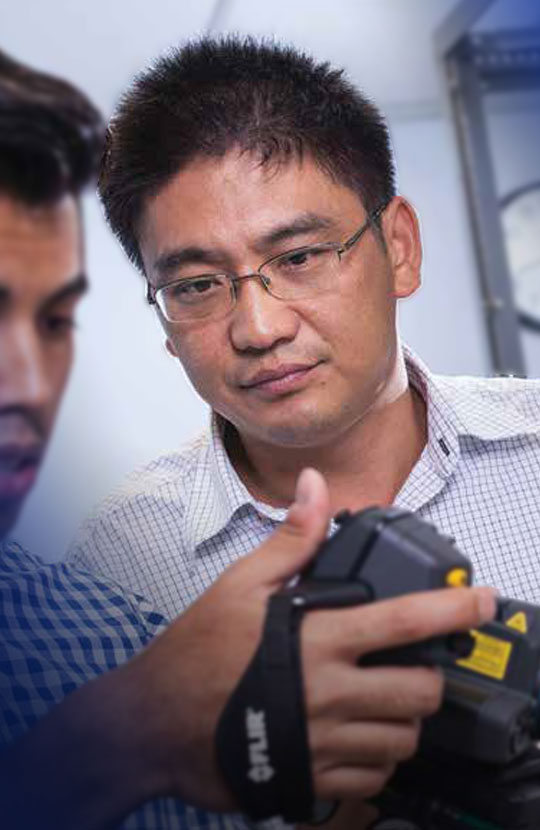 Dr. Debing Zeng earned his B.E. from Tianjin University in Tianjin China in 1997. After working in industry for two years, he went to the graduate school of Changchun University of Science and Technology in Changchun China, where he received his M.E. in 2002. In 2009, he was awarded his Ph.D. in Physics from Stevens Institute of Technology in Hoboken, NJ. In 2012, he joined the Department of Applied Science and Technology at Saint Peter’s University where he currently is an Associate Professor of Physics.