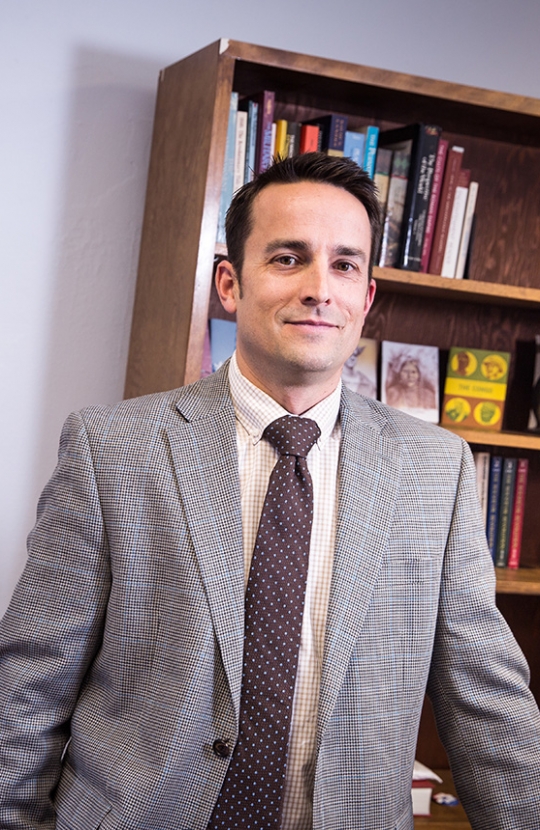 David Gerlach is Associate Professor of History. His research explores the changes in post World War II Central and Eastern Europe. His book, The Economy of Ethnic Cleansing: The Transformation of the German-Czech Borderlands after World War II, was published by Cambridge University Press in 2017. The book examines how economic motives and needs shaped the course of the expulsion of Sudeten Germans from postwar Czechoslovakia. He was awarded a Richard M. Hunt Fellowship for the Study of German Politics, Society and Culture in 2016-2017 by the American Council on Germany for a new project on the intersections between property and memory in the post World War II era.

Dr. Gerlach teaches on a range of subjects from the History of Russia and Germany to courses on war and genocide. He also serves as the Director for the Center for Holocaust and Genocide Studies.

“I believe that student engagement should be the focal point of any class. This goal can be accomplished through a variety of means including online interactions, in-class discussions, student-led readings and so on. Only through a varied approach that takes into account student proclivities and realities can students’ interest be sparked and new dialogues emerge.”

David Gerlach, Ph.D., Associate Professor & Chair, History Department, and Director, The Center for Holocaust and Genocide Studies on One-on-One on with Steve Adubato