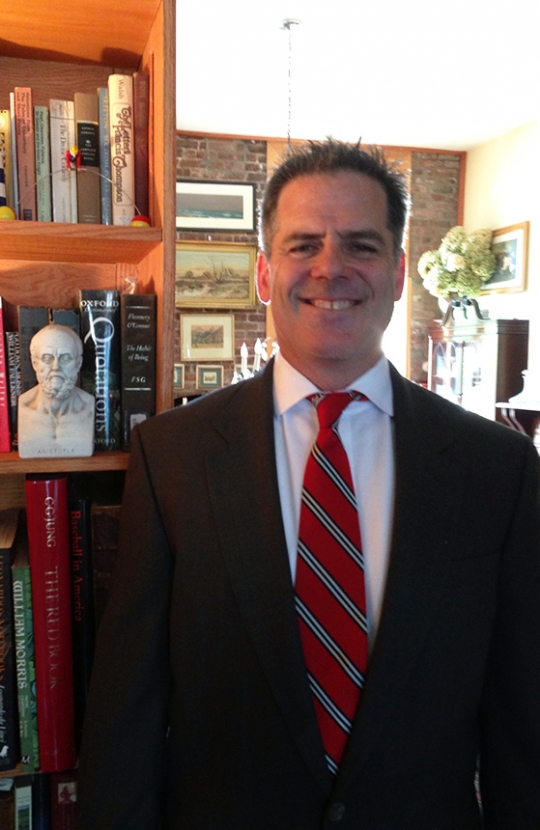 Adjunct Faculty of Elementary Latin I and II

Daniel Sexton is an instructor in Elementary Latin I and II. Fanatically devoted to the role of Latin as the language (along with ancient Greek and Hebrew) that birthed Western Civilization, Mr. Sexton endeavors to convey that conviction while drilling students in the rudiments of vocabulary, morphology, grammar and syntax. Daniel first learned his Latin at Portsmouth Abbey School in Rhode Island from English Benedictines and then continued its study while complimenting it with Ancient Greek at Columbia University where he majored in Classics. Daniel also has a Law Degree from St. John’s University and is a practicing trial attorney. Daniel also strives to show the concrete advantages of a familiarity with Latin in today’s world- from the courtroom, to the operating room, to the psychoanalyst’s couch. Robert Sexton, Daniel’s father, graduated from St. Peter’s in 1951 so Mr. Sexton is particularly grateful to St. Peter’s presence in Jersey City where Daniel lives with his wife and children.

“Learning Latin develops both the memory muscle as well as a more profound understanding of how language works. It also exposes one to the font of our language, culture, law, literature, art and religion. When one reads, writes, or speaks Latin, one becomes part of the most amazing linguistic community which originated in the 3rd century BC and which spans the globe.”