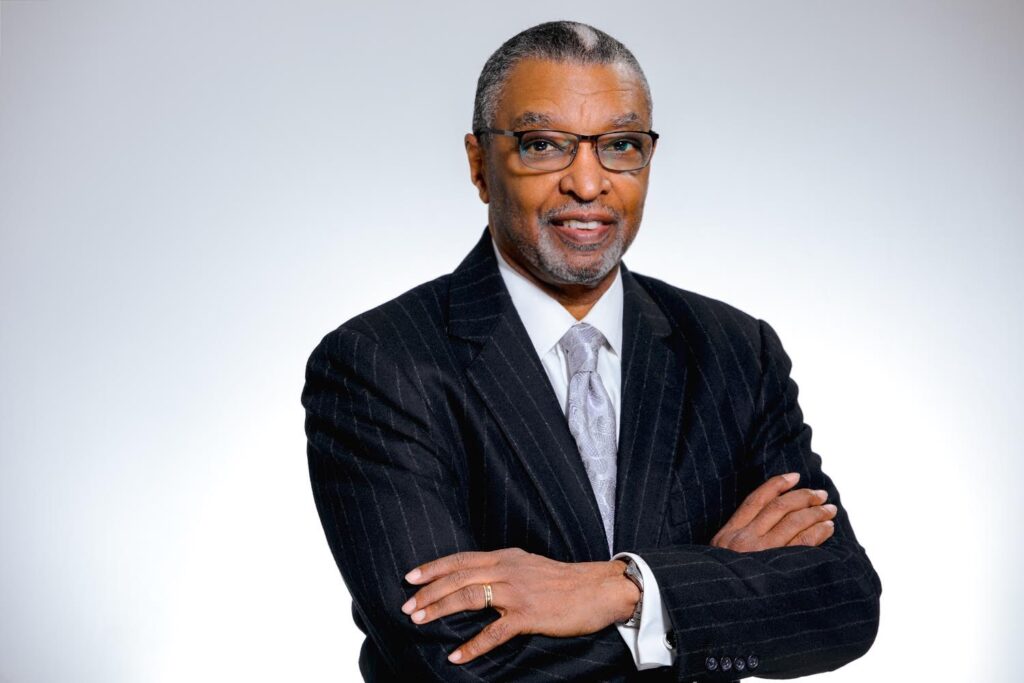 Jersey City, N.J. – May 6, 2022 – Saint Peter’s University announced today that the Rev. DeForest B. Soaries, Jr., D. Min., pastor Emeritus at First Baptist Church of Lincoln Gardens and former secretary of State of New Jersey, will address the Class of 2022 at the University’s commencement exercises on May 26. Soaries will receive an honorary Doctorate of Humane Letters, honoris causa. In addition, the University will bestow honorary degrees upon Nadia Makar ’69, ’81 STEM supervisor for Union City Board of Education, Carolyn Palmer, internationally-recognized sculptor; and Judith Valente ’76, award-winning journalist and published poet.

“We have invited Dr. Soaries and the three honorary degree recipients for this year’s commencement exercises in honor of our Sesquicentennial celebration,” said Eugene J. Cornacchia, Ph.D., president of Saint Peter’s University. “These individuals represent the fields of faith-based community development, education, fine arts, poetry and public service – all of which reflect the values that have been promoted over 150 years through a Saint Peter’s Jesuit and Catholic education.”

Dr. Soaries is the CEO and founder of Corporate Community Connections, Inc., and the Dfree Global Foundation. Last year, he was appointed pastor emeritus of First Baptist Church of Lincoln Gardens. During his tenure, he was the first African American male to serve as New Jersey’s Secretary of State (1999-2002). Dr. Soaries also served as the former chairman of the United States Election Assistance Commission, which Congress established to implement the “Help America Vote Act.” In 1992, he founded the Central Jersey Community Development Corporation: a 501(c)(3) non-profit organization that specialized in revitalizing distressed neighborhoods. In 1996, Dr. Soaries founded the Harvest of Hope Family Services Network, Inc, which developed permanent solutions for children in the foster care system.

Throughout his career, Dr. Soaries’ efforts have focused on spiritual growth, educational excellence and economic empowerment. He holds a Bachelor of Arts from Fordham University, a Master of Divinity from Princeton Theological Seminary and a Doctor of Ministry from United Theological Seminary.

Honorary degree recipient Makar is an award-winning educator who has been named Best Science Teacher in North America and Hudson County Teacher of the Year. She is also the only teacher from Hudson County to win the presidential Award for Excellence in Science and Mathematics Teaching.  She was honored at the White House by former President George H. W. Bush, as well as by Senator Robert Menendez ’76 and former governors Thomas Kean and Jon Corzine.

Honorary degree recipient Palmer is an accomplished sculptor whose passion is creating life-size bronze busts and figures, many of which are displayed in prominent museums and public venues as well as in various private collections. In 2016, a cold cast marble bust of Pope Francis created by Palmer was gifted to the University by Robert G. Lahita, M.D., Ph.D. ’67, where it adorns the entrance to the Office of Campus Ministry. Palmer’s most recent commission was a statue of Frank Sinatra for the City of Hoboken. She is also known for her four larger than life-size bronze busts that were created for the entrance vestibules to St. Patrick’s Cathedral, New York City. The sculptures were created in honor of the Pontiffs who visited the Cathedral: Pope Francis, Pope Benedict XV1, Pope John Paul 11 and Pope Paul V1. Palmer was also commissioned by the Franklin D. Roosevelt Presidential Library and Museum in Hyde Park to create two dynamic bronze busts of Franklin and Eleanor Roosevelt for the main entrance of the library.

Honorary degree recipient Valente earned acclaim as a journalist with The Washington Post and The Wall Street Journal and was twice a finalist for the Pulitzer Prize. She served as a regular contributor to the national PBS-TV news program, Religion & Ethics NewsWeekly, for which she won multiple broadcast awards. She interviewed poets and authors for National Public Radio and did investigative reporting and covered religion for two Illinois NPR stations. Valente has also received acclaim for her poetry, winning the 2005 Aldrich Poetry Prize for her collection, “Inventing an Alphabet.” Her book “Twenty Poems to Nourish the Soul” won an Eric Hoffer Book Award citation. It was followed by two other award-winning books, her memoir “Atchison Blue: A Search for Silence, A Spiritual Home and a Living Faith” and a book of meditations, “The Art of Pausing.”

The commencement ceremony for Saint Peter’s University will be held at the PNC Bank Arts Center at 11:00 a.m. on Thursday, May 26.

For 150 years, Saint Peter’s University, inspired by its Jesuit, Catholic identity, commitment to individual attention and grounding in the liberal arts, educates a diverse community of learners in undergraduate, graduate, doctoral and professional programs to excel intellectually, lead ethically, serve compassionately and promote justice in our ever-changing urban and global environment.