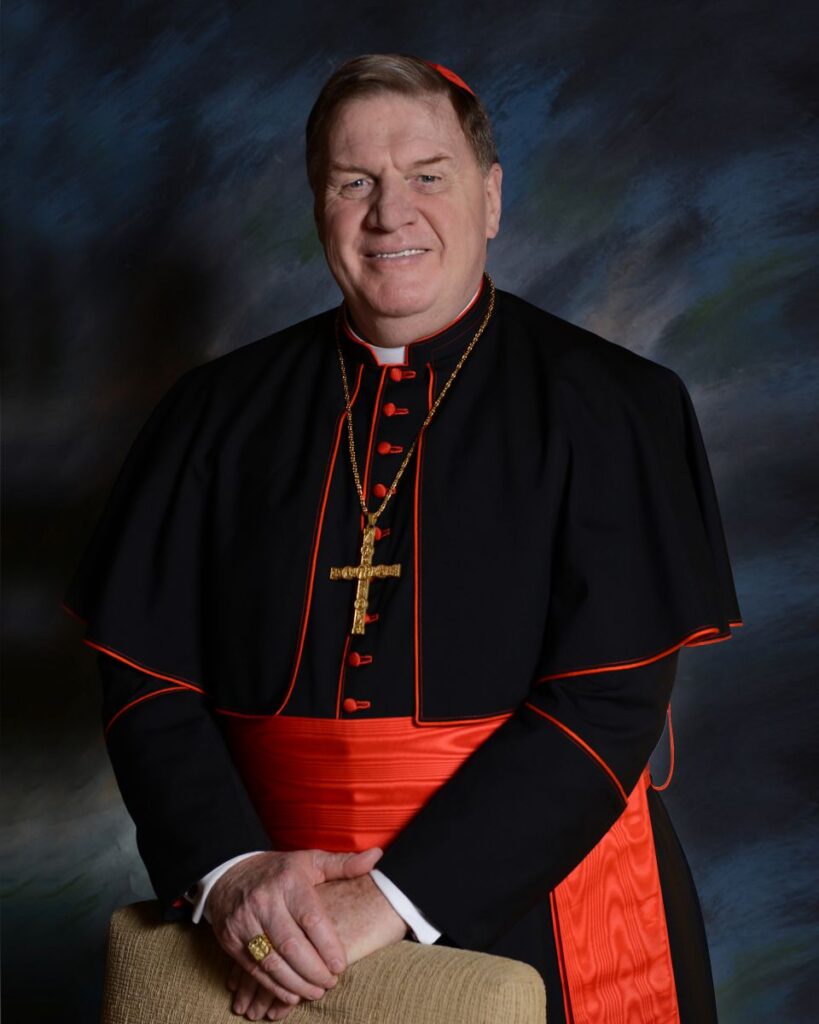 Jersey City, N.J. – October 21, 2021 – Saint Peter’s University today announced that it will host a conversation between Cardinal Joseph W. Tobin, C.Ss.R., Archbishop of Newark; and Sir Gilbert Levine, an American conductor who came to be known as the “Pope’s Maestro” due to his relationship with Pope John Paul II. The event, Living Friendship and Community in a Divided World, will be held on Thursday, October 28 at 7:00 p.m. in The Duncan Family Sky Room in the Mac Mahon Student Center as part of the John Tagliabue ’67, H ’05 Lecture Series.

Cardinal Joseph Tobin is the Archbishop of Newark and a member of the Congregation of the Most Holy Redeemer (Redemptorists). Prior to his arrival in Newark in 2017, he was Archbishop of Indianapolis from 2012. On November 19, 2016, His Holiness Pope Francis created him a Cardinal, and he has served in a number of positions in Rome ever since. In 2019 Cardinal Tobin was named to the Pontifical Council for Culture; in March of 2021, he was named to the Congregation for Bishops; and in June to the Supreme Tribunal of the Apostolic Signatura. A prominent figure in the worldwide Church, Cardinal Tobin remains the pastor of the faithful of Newark. 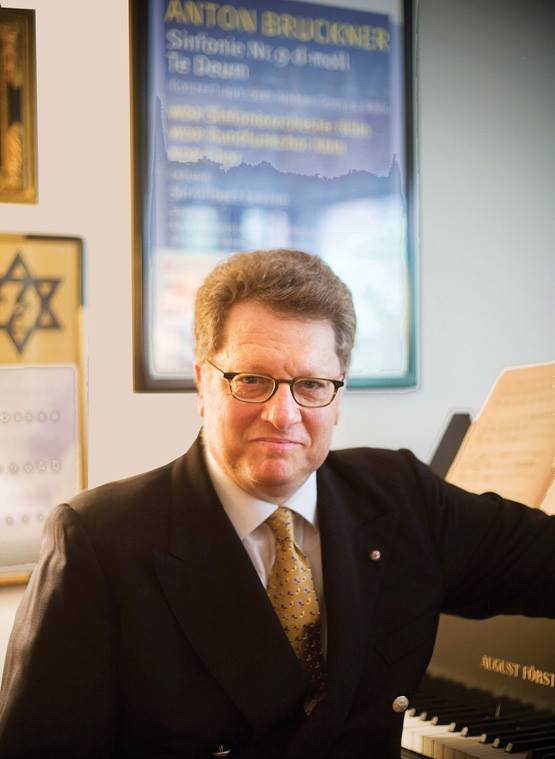 American conductor Sir Gilbert Levine has led a distinguished international career, conducting great orchestras world-wide, and making history along the way. From 1988-2005, Levine created and conducted concerts for His Holiness Pope John Paul II, at the Vatican and around the world in an effort to bring people of all faith’s together. Levine, who received a papal knighthood, detailed his 17-year relationship with Pope John Paul II in his memoir, The Pope’s Maestro.

“In a polarized world where differences are celebrated, but also exploited, it is important to recall not only what can separate people but also what can draw them together,” said Rev. Andrew Downing, S.J., vice president for mission and ministry at Saint Peter’s University. “As two people from quite different backgrounds, but sharing the bond of friendship, Cardinal Tobin and Sir Gilbert Levine will engage in that essential ingredient to all friendships: conversation.  We welcome the Saint Peter’s community and beyond to join the two as they talk about difference, division and the real communion that is possible when we gather as friends.”

The John Tagliabue ’67, H ’05 Lecture Series was established through a generous gift from Paul Tagliabue H ’05, former National Football League commissioner, in honor of his brother, John Tagliabue, a 1967 graduate of Saint Peter’s and reporter with The New York Times, with the purpose of featuring authors, journalists and writers of interest who are concerned with preserving and renewing the University’s Catholic and Jesuit mission and identity.

The event is free and open to the public. Light refreshments will be served. Saint Peter’s University is a fully vaccinated campus. It is expected that visitors will take necessary precautions while on campus. Masks are currently required when indoors unless eating and/or drinking. For more information or to RSVP contact Rev. Andrew Downing, S.J.