The Campus Kitchen at Saint Peter’s University to Serve its 100,000th Meal 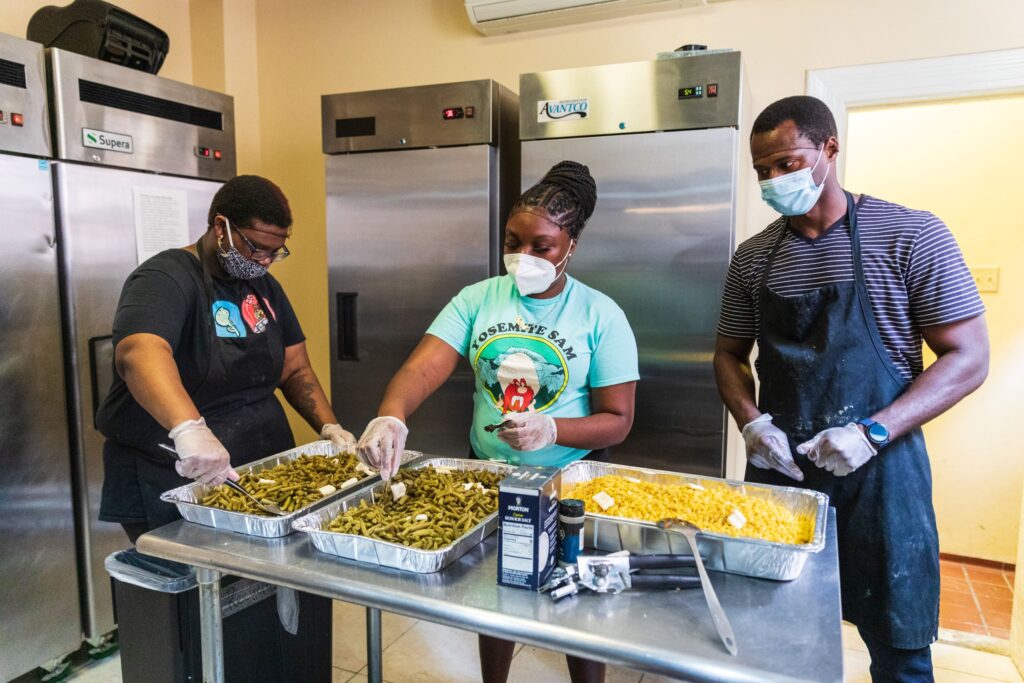 Jersey City, N.J. – September 16, 2021 – The Campus Kitchen at Saint Peter’s University, a volunteer-based kitchen that keeps food from being wasted and provides nutritious meals for those in need, is proud to announce that it will serve its 100,000th meal since its inception in 2014. The University will commemorate the milestone with an event on Tuesday, September 21 to honor The Campus Kitchen’s food donor partners.

“The support and hard work from so many in the Saint Peter’s family and Hudson County community  has helped us make a significant difference in stopping hunger and ending food waste in our community,” said Erich Sekel, associate director of campus ministry for community service at Saint Peter’s University. “I am incredibly proud of our progress and I look forward to the celebration, which will recognize the people who made our success possible.”

The September 21 event will begin with a visit to The Campus Kitchen, located at 39 Tuers Avenue, at 3:00 p.m. followed by a formal program in The Duncan Family Sky Room in the Mac Mahon Student Center at 3:30 p.m. The event will feature remarks from Steven M. Fulop H ’14, mayor of Jersey City.