Eugene J. Cornacchia, Ph.D., president of Saint Peter’s University, wrote this opinion piece in support of the campaign to double Pell Grants. The op-ed was published by The Star-Ledger on July 13. 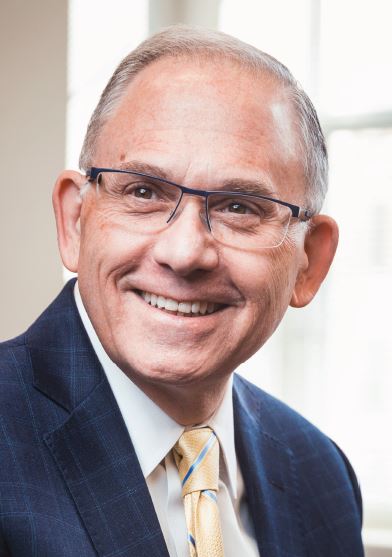 On a regular basis my email inbox is filled with messages from parents, faculty and alumni who share stories about the students from our community at Saint Peter’s University. Some of the messages are stories of heartbreak like the student who lost a parent to the pandemic and is struggling to cover the cost of tuition. Other messages are those of inspiration such as one about a first-generation college student who worked three jobs during her studies, but still managed to graduate at the top of her class.

These stories represent the current reality for so many Saint Peter’s students as well as more and more students across the country. The rising cost of a college education and the barriers to access, affordability and success are nothing new; however the current state of our country in a post-pandemic world has only exacerbated these hurdles for current and future students. This is why it is more important than ever to consider doubling Pell.

For nearly 50 years, the Pell Grant has made a college education more accessible for those in financial need. A Pell Grant does not need to be repaid and can be used to help cover costs for tuition as well as other college-related expenses including transportation, room and board, books, supplies and more.

I have been a longtime proponent of Pell, but my advocacy for the federal aid program has grown stronger than ever given the unprecedented challenges our nation faces as we aim to restart the economy following the pandemic. The Pell Grant Preservation and Expansion Act of 2021, which was recently introduced, would double the maximum Pell Grant to $13,000 and would open up participation to DREAMers.

There are a number of reasons why doubling the maximum Pell Grant award is more critical than ever:

It will help to level the playing field. Low-income communities and communities of color were among the hardest hit by the pandemic. Doubling Pell would provide the greatest amount of support to those who need it most. The award increase would ensure that current students who experienced losses as a result of the pandemic would be able to continue their education. It would also mean that students can focus on their education without having to work multiple part-time jobs to cover costs.

It will increase the value of Pell, which has eroded over time. Pell Grants currently cover a small portion of the cost of a private four-year university like Saint Peter’s. Doubling Pell would enable the award to keep pace with rising higher education costs.

It will empower students and their families to choose the best college for them. Financial concerns oftentimes limit a student’s choices when it comes time to select the ideal college or university. Doubling Pell would offset the financial strain and would enable students to consider institutions that may not have previously been options for them.

It will have a positive, lasting social and economic impact. A highly educated workforce leads to civic engagement, volunteerism, economic growth, increases in tax payments and less reliance on social services. An increase in Pell would also significantly reduce borrowing, which reduces debt and ultimately boosts the economy.

Given our student population, I have seen firsthand the power and impact of Pell. With the pandemic affecting college enrollment across the country, it is now the time to double Pell to ensure that a college education is a reality for all students.