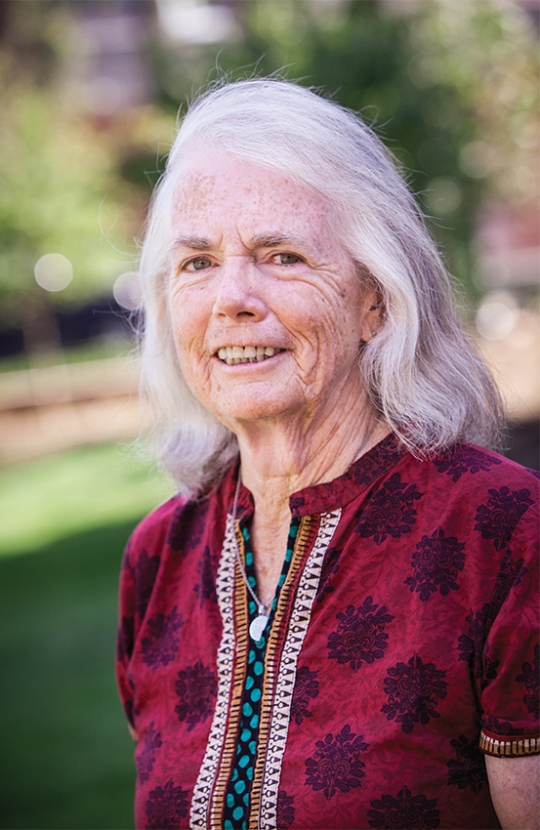 Jersey City, N.J. – June 1, 2021 – Saint Peter’s is proud to announce that Patricia Redden, Ph.D., emeritus professor of chemistry, will receive the 2021 E. Ann Nalley Middle Atlantic Region Award for Volunteer Service to the American Chemical Society (ACS) on June 10. Dr. Redden was selected for this honor for her more than 30 years of involvement with the ACS on the local and national level. The award was established to recognize the volunteer efforts of individuals who have served the ACS, contributing significantly to the goals and objectives of the Society through their regional activities.

ACS is one of the world’s largest scientific organizations with a mission to advance the broader chemistry enterprise and its practitioners for the benefit of Earth and its people. Dr. Redden has been a member of the ACS for 55 years. Among her many accomplishments with ACS, she served as a chair, chair-elect and past chair on the Board of Directors for more than 30 years in the New York Section. She also served on several national committees with the Society and is most notably recognized for her work on the Committee on Chemists with Disabilities (CWD) and the Committee on Chemical Safety (CCS).  Her contributions have also been recognized by election as a Fellow of the American Chemical Society and as a Fellow of the Division of Chemical Health and Safety.

Dr. Redden has arranged programming at ACS national meetings and for National Chemistry Week at the American Museum of Natural History for 11 years. She also organized the Reaching Students with Disabilities symposium in 2018, which received the 2019 ChemLuminary Chemists with Disabilities Inclusion Award.

“Pat is a most intelligent, generous and dedicated action-oriented contributor to her students, to the ACS, to those around her, and to the human family,” said Anne T. O’Brien, Ph.D., FACS. “It was an honor, privilege and pleasure to nominate her for this award.”

The E. Ann Nalley Award for Volunteer Service to the ACS was instituted in 2006 by ACS Past President E. Ann Nalley as part of her presidential initiative to recognize ACS volunteerism. It is Dr. Nalley’s wish that the award continue in perpetuity at each regional meeting.