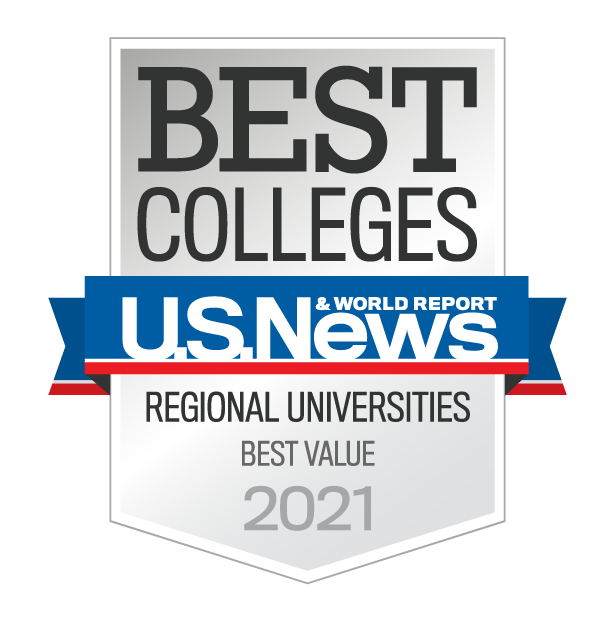 Jersey City, N.J. – September 14, 2020 – Saint Peter’s University is proud to announce that it was ranked highest in the state of New Jersey and 11th overall for best value in the 2021 U.S. News & World Report Best Colleges Rankings in the Regional Universities North category. The University also remains among the top 100 “Best Regional Universities in the North” with a considerable climb of 11 places on the list.

In order to determine the best value rankings, U.S. News & World Report considers factors such as the institution’s academic quality and the net cost of attendance for a student who received the average level of need-based financial aid. Colleges and universities that were ranked highest on this list had the best quality programs at the lowest cost.

“Impressive developments are happening here at Saint Peter’s University and we take great pride in the fact that our efforts are being recognized in the prestigious U.S. News & World Report rankings,” said Eugene J. Cornacchia, Ph.D., president of Saint Peter’s. “Several variables have contributed to our jump in rankings including increased graduation rates and an improved expert opinion score.”

Saint Peter’s University was also ranked as a leader in social mobility and economic diversity. U.S. News & World Report defines social mobility by a college’s success in the upward socio-economic movement of students by enrolling and graduating students awarded federal grants. Economic diversity is measured based on the percentage of undergraduates receiving federal Pell Grants for low income students.

“Our values of academic excellence, affordable higher education and helping students transform their lives aligns with the tradition of a Jesuit, Catholic education,” said Elizabeth Sullivan, vice president for enrollment management and marketing at Saint Peter’s University. “Our mission is to prepare young men and women for success in life–career and personal. Our dedication to affordability and access to education have helped us to establish ourselves as a leader in New Jersey.”