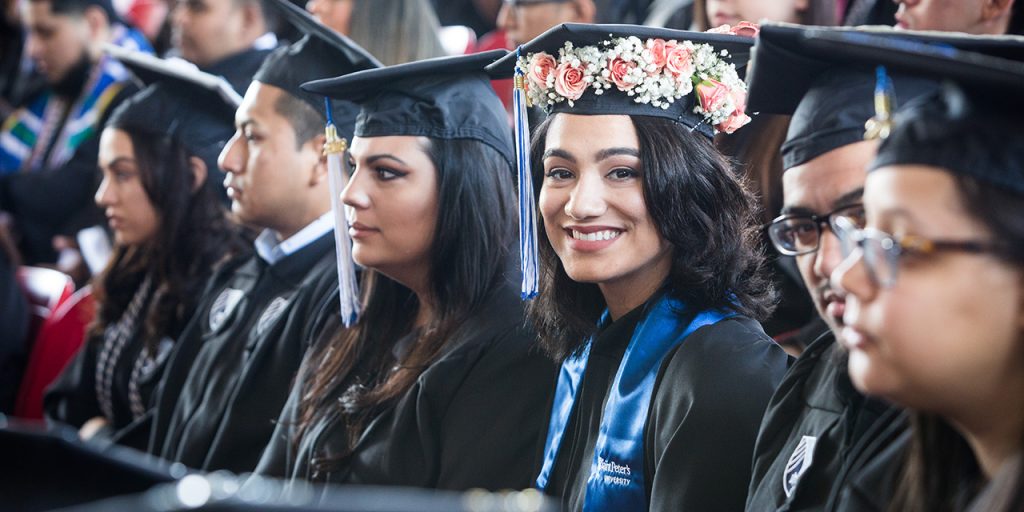 Jersey City, N.J. – August 22, 2019 – Saint Peter’s University today announced that it has been named as a national leader in Money magazine’s list of the “Most Transformative Schools” in the country. Saint Peter’s ranked 32 on the list, which places the University in the top four percent of ranked institutions and first among private colleges and universities in New Jersey.

Money magazine defines a transformative college as one that enables students to beat the odds and produce outcomes that are better than expected given their academic and economic backgrounds. According to the magazine’s website, “Students from wealthier backgrounds or those with high grades and tests scores are already likely to succeed; the colleges on our transformative list help students succeed regardless of their backgrounds, and they do so at rates higher than schools with similar student bodies.”

For this list, Money reviewed 744 colleges and universities and assigned each institution a “value-added” score based on graduation rates, earnings and student loan repayment. The top 50 highest scoring institutions were included on the list

“We are always honored and humbled to be recognized in these national rankings; however the results don’t come as a surprise to us as they reflect who we are and everything we do at Saint Peter’s,” said Eugene J. Cornacchia, Ph.D., president of Saint Peter’s University. “This ranking pays homage to our entire community – from our dedicated faculty, our mission-driven administration, our loyal alumni and most importantly our incredible students.”

In addition to the Money magazine ranking, Saint Peter’s has consistently been recognized for being transformative and valuable. In the 2019 U.S. News & World Report Best Colleges Rankings Saint Peter’s ranked in highest in the state of New Jersey and 12th overall for Best Value in the Regional Universities North category. In 2017, the University was ranked as a national leader in upward mobility in a study completed by The Equality of Opportunity Project. The University was recognized for improving the economic status of its graduates and boosting low-income students into the middle and upper classes.