Falco and Johnson Speak with Students

Students in an undergraduate political science class were offered an experiential learning experience when they heard from Pamela Johnson ’13, ‘16  and Vanessa Falco ‘17, both graduates of the master of public administration (MPA) program at Saint Peter’s University about running for city council. Philip Plotch, Ph.D., assistant professor of political science and director of the MPA program, organized the presentation.

Falco is running as part of the team for Hoboken mayoral candidate Michael DeFusco. Falco has always had a yearning to help others. Years ago, she recognized a representational imbalance in her community and ran for the Hoboken board of education. She lost, but she did not let that stop her. The experience fueled her to educate herself. She graduated from the MPA program confident that she now had the credentials and the knowledge she needed to compete.

Her campaign hinges on the premise that there is a population in Hoboken that is underrepresented. She believes that it is important for Hoboken to remain affordable; she is also advocating for after-school activities, summer camp and enrichment programs for children.

“If you don’t fight or stand up for what you believe in, no change is ever going to come,” Falco said and urged the students to register to vote and get involved with local campaigns.

Johnson is running for Ward A Greenville City Council in Jersey City. She is a lifelong Ward A resident and is involved in the community there. She formed the Jersey City Anti -Violence Coalition Movement, which allows people to empower themselves and live their best lives. Through this organization, she saw that her side of Jersey City was run down and she knew she had to do something. Johnson has used grassroots efforts in order to garner supporters since she is running as an independent.

“Engage with as many folks as you can and you may just win,” the charismatic candidate stated.

Johnson, who is a proven community leader, is campaigning for a safer community in Ward A, protecting family rights and improved open spaces and green initiatives, among other things.

Both Falco and Johnson agreed that the journey has not been easy but they are both aggressive about overcoming obstacles. The alumnae offered themselves as resources to the students and replied to questions asked by the class and stayed after to offer individual student support. 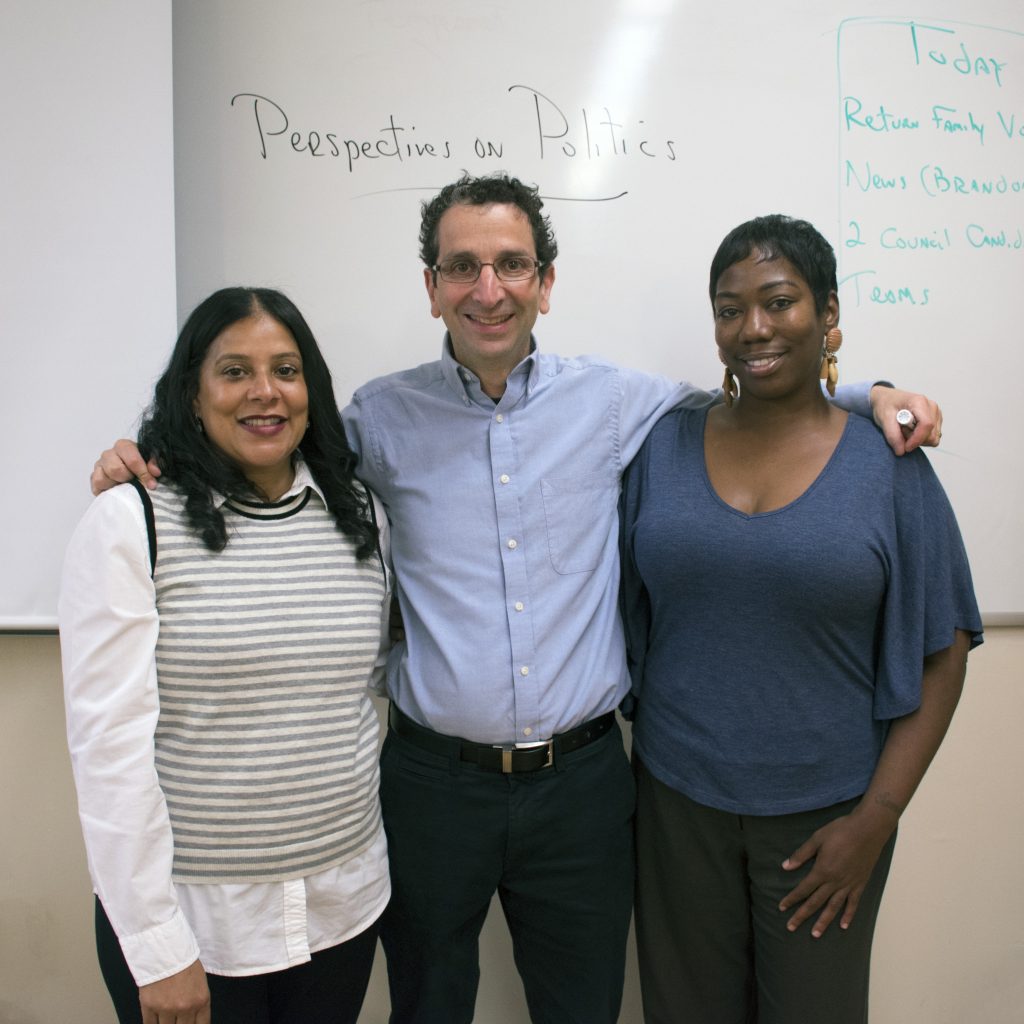