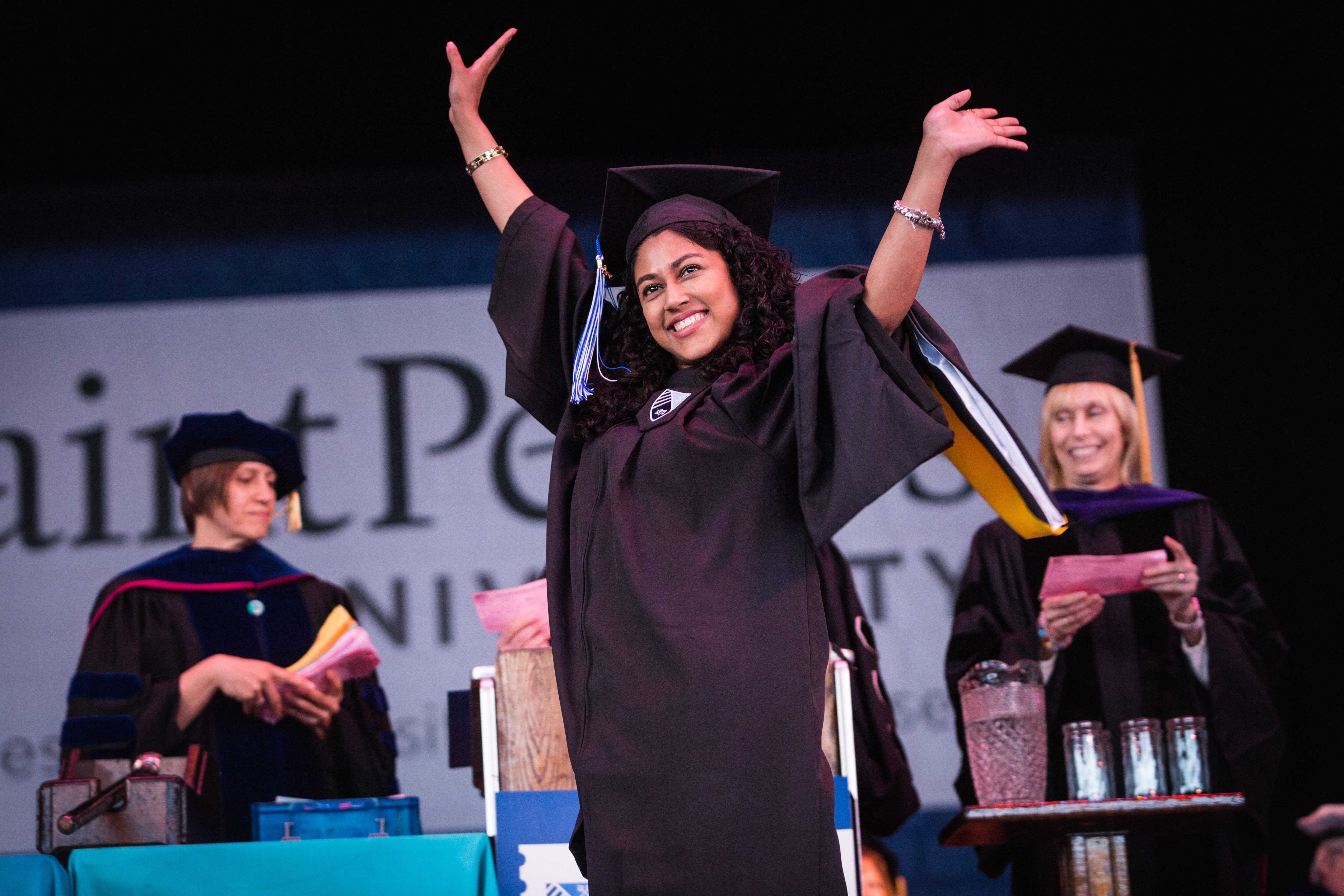 The cheers from the Class of 2017 intensified as the commencement speaker, Timothy P. Shriver, Ph.D., chairman of Special Olympics, recognized the group of graduates as the most innovative generation. He complimented the students for leading a cultural revolution in which they are least likely to marry within their own ethnic group and have made the greatest advancements towards women’s equality in comparison to any generation before them. “No one can tell you how to think or curtail your creativity,” he said. 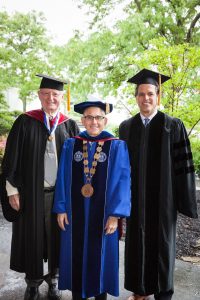 Shriver is a social leader, educator, activist, film producer and business entrepreneur. As the chairman of Special Olympics, he serves 4.4 million Special Olympics athletes and their families in 170 countries. He has helped transform Special Olympics into a movement that focuses on acceptance, inclusion and respect for individuals with intellectual disabilities in all corners of the globe. Since joining Special Olympics in 1996, Shriver has led the organization’s most ambitious growth agenda leading to the recruitment of millions of new athletes around the world.

Based on his personal experiences with Special Olympics for more than two decades, Shriver shared lessons in faith with the Saint Peter’s graduates. The first lesson was to see with your heart and your eyes open; the second was to practice faith that includes without exception; and the third to trust in yourself and don’t let the shamers defeat you.

Shriver received an honorary Doctorate of Humane Letters, honoris causa, which marks a legacy at Saint Peter’s as the University has bestowed honorary degrees upon two of his esteemed family members 50 years ago: his father, Hon. R. Sargent Shriver H ’67, and his uncle, Hon. Edward M. Kennedy H ’67.

During the ceremony, the University also bestowed an honorary degree upon Rev. Robert Kennedy, S.J., professor emeritus at Saint Peter’s University and Zen Master. Fr. Kennedy served as the chairperson of the theology department at Saint Peter’s, where he also taught theology and Japanese for 40 years. In addition, Fr. Kennedy worked as a psychotherapist for 20 years in New York City. During these years, Fr. Kennedy served in the United Nations as a non-government officer where he was honored in 2010 as a religious visionary. Fr. Kennedy embodies the priority given to interreligious work by every Pope since the Second Vatican Council. He is the only American Jesuit priest who is a Zen Master (Roshi). 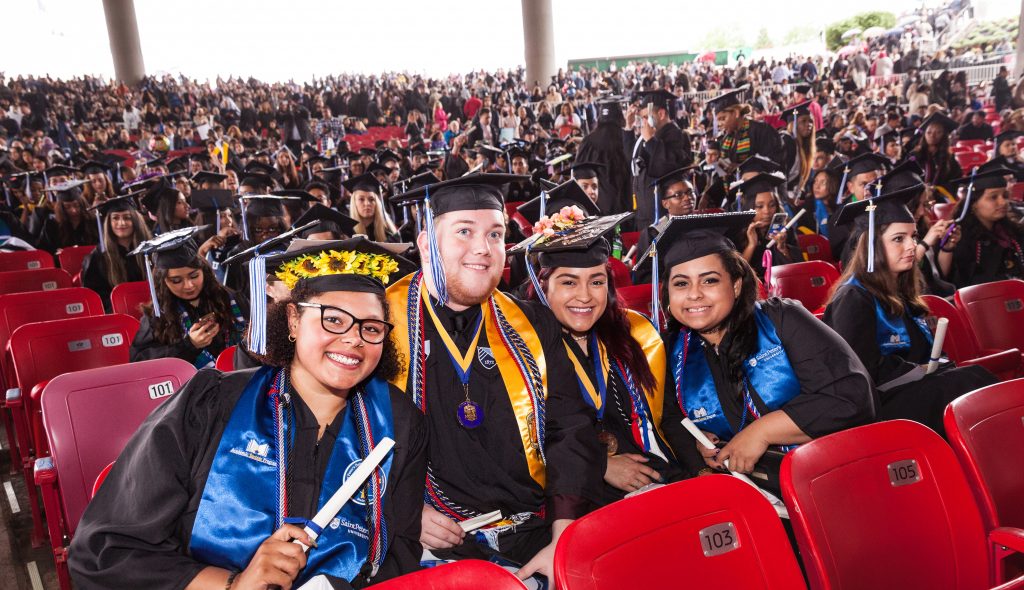 Graduates at the ceremony also had the opportunity to hear from their fellow classmate and Class of 2017 valedictorian, Nicholas P. Riepe ’17, and Eugene J. Cornacchia, Ph.D., president of Saint Peter’s University. The members of the class left the ceremony with the inspirational words of Dr. Cornacchia, “I have no doubt that you will build on the extraordinary legacy of those who preceded you. Now is the time to pursue opportunities for which you have developed a genuine love and passion. You will ‘go forth and set the world on fire,’ as Ignatius challenged us, yet you will always be part of the Peacock family.”