The Class of 1966 Reunites for Their 50th Anniversary 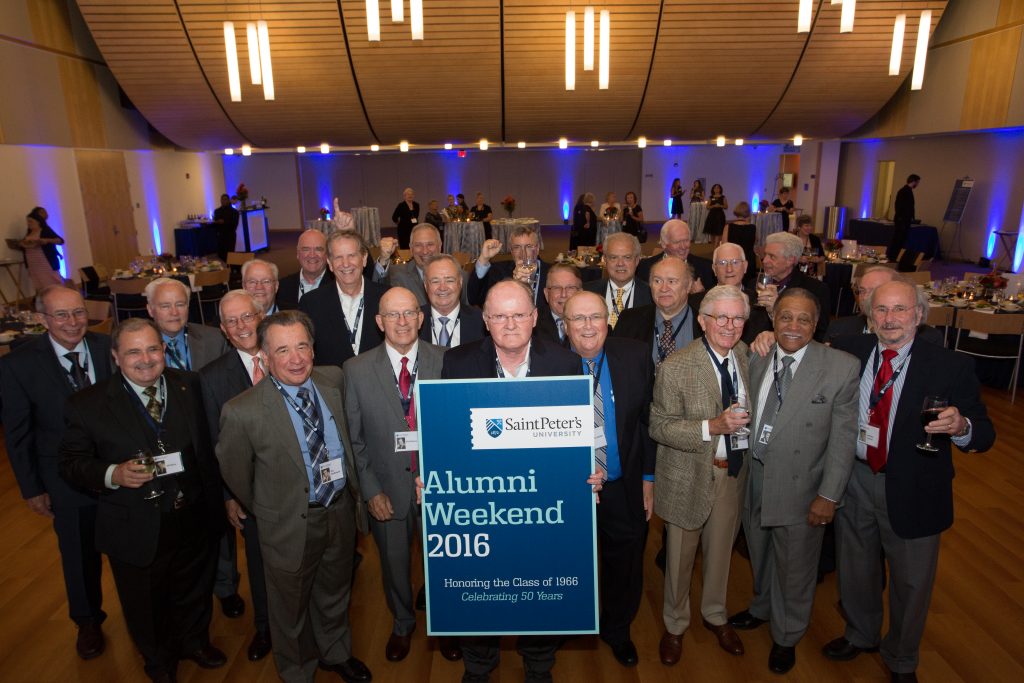 On September 17 and 18, alumni from the Class of 1966 returned to campus to celebrate their 50th anniversary. Old friends and classmates re-discovered alma mater and reconnected at events over the weekend such as a welcome back breakfast, campus tours, State of the University Luncheon, shuttle tours of Jersey City, a dinner dance, an alumni Mass and a Golden Peacock Society Brunch.

“We were so pleased to see our returning alumni, and so glad that they joined us for a fun-filled and memorable weekend,” said Gloria Mercurio, executive director of alumni engagement. “We worked hard to create the perfect atmosphere for alumni to reunite with former classmates.”

Each speaker touched upon his or her role at 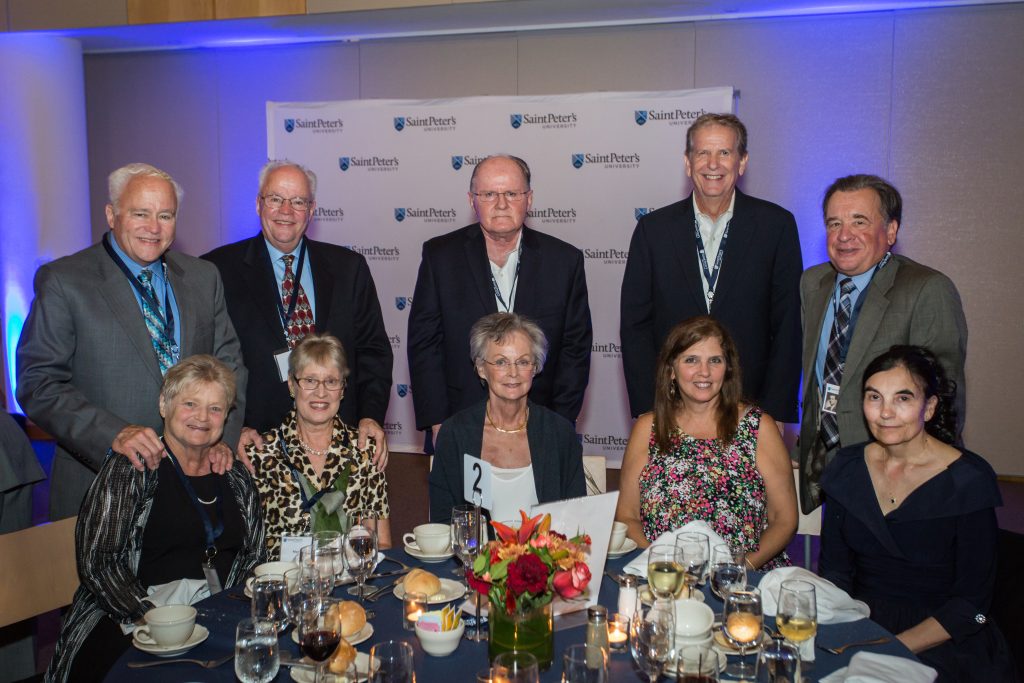 Saint Peter’s and provided examples of the University’s accomplishments and student success stories. Dr. Cornacchia provided a platform for the discussion by sharing recent accomplishments such as new leadership, record-breaking enrollment numbers and an update on the University’s strategic plan. Big changes on campus that were also highlighted during the campus tours were the new homes for the School of Business, the Caulfield School of Education and the Center for Career Engagement and Experiential Learning (CEEL). Many of the weekend’s events were held in the Mac Mahon Student Center, which is new to many members of the Class of 1666, but is now the social hub of the University.

“The Mac Mahon Student Center, since its opening in 2013 has literally transformed our campus and continues to positively impact the day to day lives of students and faculty,” said Dr. Cornacchia.

Dr. Cornacchia also addressed the transition to becoming a university. “Saint Peter’s will always be known as ‘the College’ to many of you, but I can’t get over what a difference being a University has made. Saint Peter’s is increasingly being known as the place to be.” 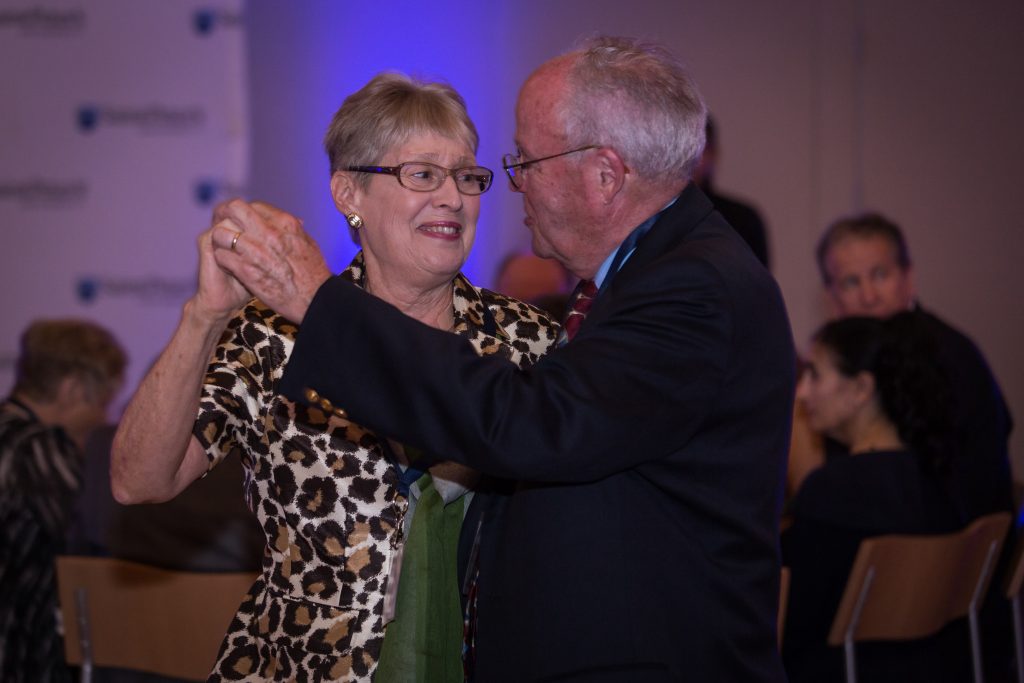 Later in the evening was the much-anticipated dinner dance. Committee chair, William D. Costigan, Esq. ’66 reflected on his time at Saint Peter’s during his remarks. He said, “The years 1962 through 1966 were stormy years in American history and the Class of ’66 was very much influenced, shaped and formed by those years. Our Jesuit training would teach us that change would be constantly with us.” He concluded by saying, “I think we all walked away not thinking how smart we were but rather how much we had to learn each day and to always be thinking, examining, probing and focusing on the Jesuit lessons we learned in those four years. We would always stand tall and be ready to face any challenge.”

The next morning was a touching alumni Mass where the group prayed for deceased members of the Class of ’66. The weekend concluded with a Golden Peacock Society brunch where members of the Class of ’66 were inducted into the Society. The Golden Peacock Society is anyone who graduated 50 or more years ago. Certificates and medals were given and bestowed by Dr. Cornacchia.

During the weekend, alumni presented a reunion gift of $211,357 to the University.

“Since 1872, the University has flourished in its urban landscape. Jersey City has been reborn and Saint Peter’s University is moving hand-in-hand with that transformation,” said Mercurio. “Financial support from our alumni is critical to the University’s efforts to give the same, quality education that you received to generations of new students.”

To view more pictures from the event, click here. 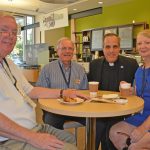 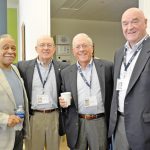 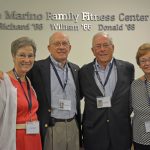 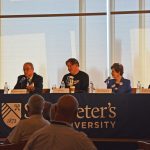 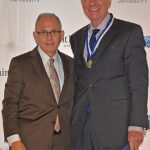 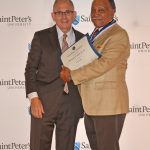 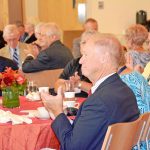