Jersey City, N.J. – January 17, 2014 – Saint Peter’s University today announced a joint venture with Sora Development, based in Towson, Md., to construct a 20-story residential tower with approximately 300 beds and a variety of amenities for University students. The $210 million tower will be constructed in the McGinley Square area, where a current Saint Peter’s parking lot stands, and plans also include 430 market rate apartments as well as a parking garage, a movie theater, bank and other retailers. Saint Peter’s is providing the land and will maintain an equity stake in the development.

“Saint Peter’s has a history of being an economic driver in the local community and throughout New Jersey,” said Eugene J. Cornacchia, Ph.D., president of Saint Peter’s University. “Our longstanding commitment to the revitalization of the McGinley Square area is certainly evident in this joint venture with Sora Development. We look forward to the considerable impact this project will have on the University community and Jersey City as a whole.”

“Sora Development is proud to be a partner with Saint Peter’s University on this transformative development project,” said Tim Elliott, director of design at Sora Development. “This project will help to perpetuate the University’s prominence in the McGinley Square area of Jersey City and bring forth education, retail, and housing into a single 20-story tower. As a leader in university-community developments, we feel this development epitomizes the leveraging of University property, city participation and private investment.”

Construction on the project is expected to begin in 2015 and is slated for completion in late 2016. The project has not received final approval from the city; however Jersey City officials have been supportive of the venture. In a recent article in The Wall Street Journal, Jersey City Mayor Steven Fulop expressed his support for the project. “This would be in the ‘heart of the city.’ We have made a commitment to redeveloping areas off the waterfront and projects such as this in McGinley Square will be a focus of the administration,” said Fulop in the December 29, 2013 article.

The project is the latest in a series of initiatives designed to improve Saint Peter’s Jersey City campus. Additional efforts include the recent opening of the nearly 90,000-square-foot Mac Mahon Student Center and significant upgrades to the School of Business and the School of Education, which are slated for completion in May 2014. 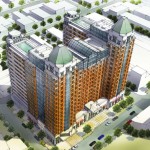 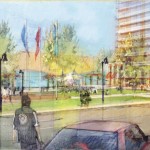 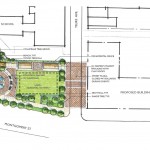