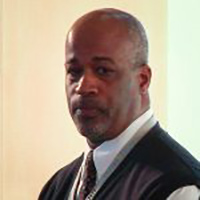 Dr. Brian L. Royster is a graduate of Essex County College, having obtained an Associate in Science in Physical Education (1993) and an Associate in Science in Social Science (1994). He attended Montclair State University and obtained a Bachelor of Arts in Sociology (1997). He also received a Master of Arts in Education (1998), an Educational Specialists degree in Administration and Supervision (2000), and a doctoral degree in Education Leadership Management and Policy in (2007) from Seton Hall University. In 2009, he received a Master of Science in Criminal Justice from New Jersey City University.

He is a retired twenty-five-year veteran of the New Jersey State Police and a graduate of the FBI National Academy, 214th Session. He also served six years in the United States Army Reserves. He has been an adjunct professor at Essex County College since 1999 and is currently a tenured Assistant Professor at Saint Peter’s University.

He is the author of Crossroads: Conflicted Journey of a New Jersey State Trooper penned under the pseudonym Dr. Vincent Lucas Martin and co-author of the Historical Dictionary of American Criminal Justice.

“To provide students with the academic and practical knowledge so they may develop into productive individuals and leaders, resulting in a positive impact upon society.”