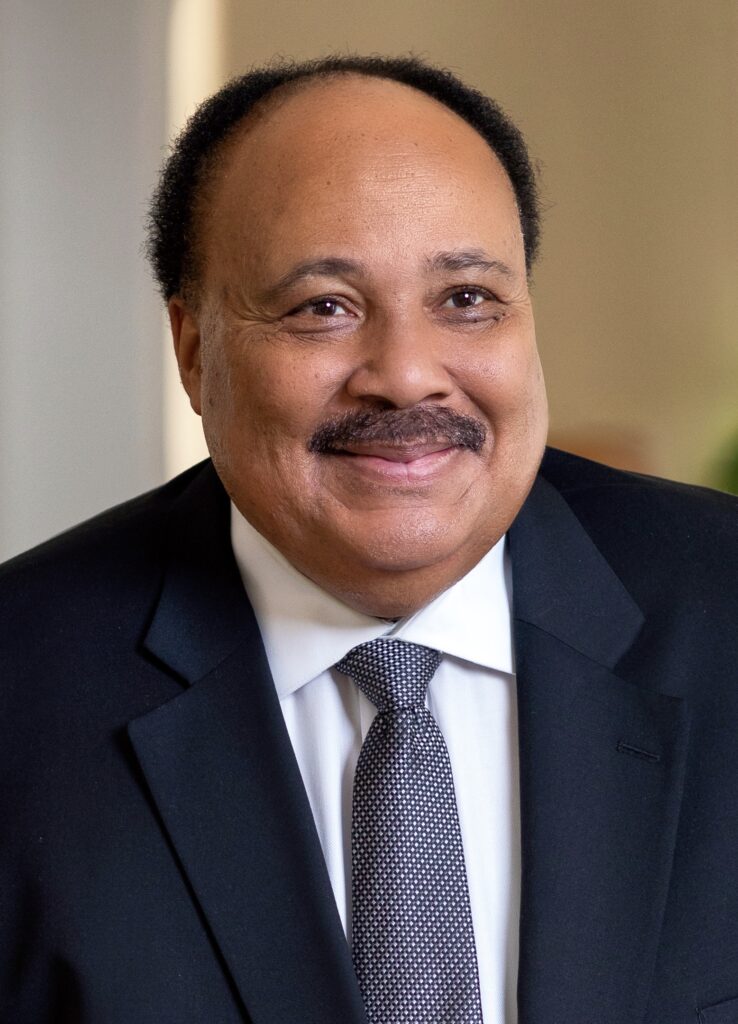 The event will continue a proud legacy for Saint Peter’s as the only Catholic college or university to award the Rev. Dr. Martin Luther King Jr. H ’65 an honorary degree when he addressed students and faculty at the Michaelmas Convocation in September 1965. In addition, Coretta Scott King also visited Saint Peter’s to speak to students in February 1975.

“Dr. Martin Luther King Jr.’s visit to Saint Peter’s was a significant milestone in the University’s history,” said Eugene J. Cornacchia, Ph.D., president of Saint Peter’s University. “What better way to commemorate the institution’s Sesquicentennial year, and our theme of Opportunity for Generations, than to welcome his son, himself an immensely accomplished advocate for social justice, to our campus to speak at the very same event that made such a tremendous impact on our institution and community for more than five decades.”

As the oldest son of the late Rev. Dr. Martin Luther King Jr. and Coretta Scott King, Martin Luther King III is a thought leader on the world stage, a peace maker and a negotiator on some of today’s most critical national and international platforms for social change. Amplifying the work of his father, King has devoted his life to promoting global human rights and eradicating racism, violence and poverty, earning a reputation as a respected international statesman and one of the world’s most passionate advocates for the poor and oppressed. 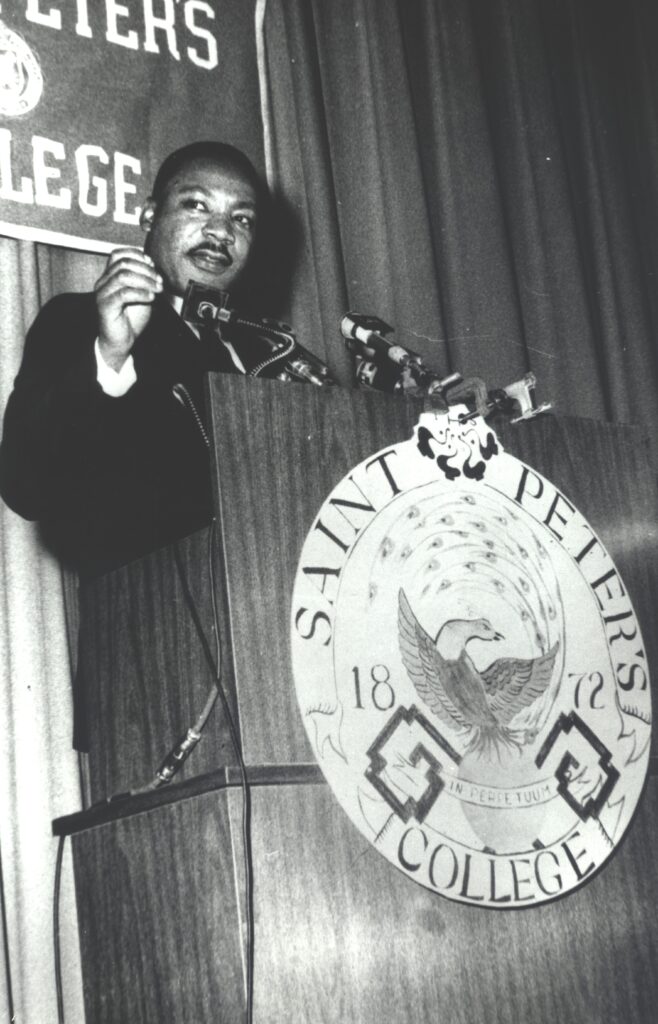 King is the recipient of numerous awards and several honorary degrees, including one of India’s most prestigious honors for outstanding contributions to the promotion of human rights. King is the husband of Arndrea Waters King and father of a young daughter, Yolanda Renee King, the only grandchild of the Rev. Dr. Martin Luther King Jr. The entire family is dedicated to sharing the impactful “Kingian” message to inspire a collective of new collaborators and world-changers.

During Dr. King’s visit in 1965, he addressed a crowd of approximately 500 people and was awarded an honorary Doctor of Laws and Letters degree, the first offered by a Catholic college or university. According to an account in Saint Peter’s student newspaper, Dr. King spoke against segregation and violence, and despite setbacks in the civil rights movement, King expressed optimism. “Although some will be scared, lose jobs and be called bad names, our problems will be solved,” King said. “We shall overcome.” When Coretta Scott King came to campus in 1975, she spoke to Saint Peter’s students about how full employment would help ease the country out of its economic inequalities.

Just as it was in 1965 and 1975, Saint Peter’s remains committed to social justice and to fostering “men and women for others.” Its Sesquicentennial theme, Opportunity for Generations, celebrates the education of students from virtually every background throughout its history.