Hate Has No Home Here: Recognizing and Confronting Antisemitism

At a place like Saint Peter’s University with a student body that is diverse in almost every aspect, located in a city that is known as one of the most diverse in the country – it is hard to imagine that an individual would feel compelled to hide indicators of their culture, background or religion.

However, the Saint Peter’s community learned the unfortunate reality that, in fact, 31 percent of Jewish Americans avoid displaying items that may help people identify them as Jewish. This was one of the interesting and disturbing data points that was revealed during a presentation, titled “Hate Has No Home Here: Recognizing and Confronting Antisemitism,” which was hosted on January 29 by the Center for Holocaust and Genocide Studies, the Office of Campus Ministry, the Guarini Institute for Government and Leadership, the gender and sexuality studies program and the Latino and Latin American studies program.

Rabbi David Levy, New Jersey’s executive director of the American Jewish Committee (AJC), served as the special guest for the event and his presentation was primarily focused on the results of a recent survey that was completed by the AJC. The survey was designed to gain a sense of antisemitism through their eyes.

According to Rabbi Levy, “The best way to understand any type of hate is through the eyes of the victims of that hate. The only people who can really define what it means to be the object of a certain kind of discrimination are those who are being discriminated.”

Rabbi Levy shared additional results revealed by the survey such as the fact that one-third of Jewish Americans have personally experienced an antisemitic incident, whether it was a remark in-person, on the phone or online or in some cases a physical attack. But it was not simply the survey results that impacted the audience, it was also Rabi Levy’s personal accounts that moved them. 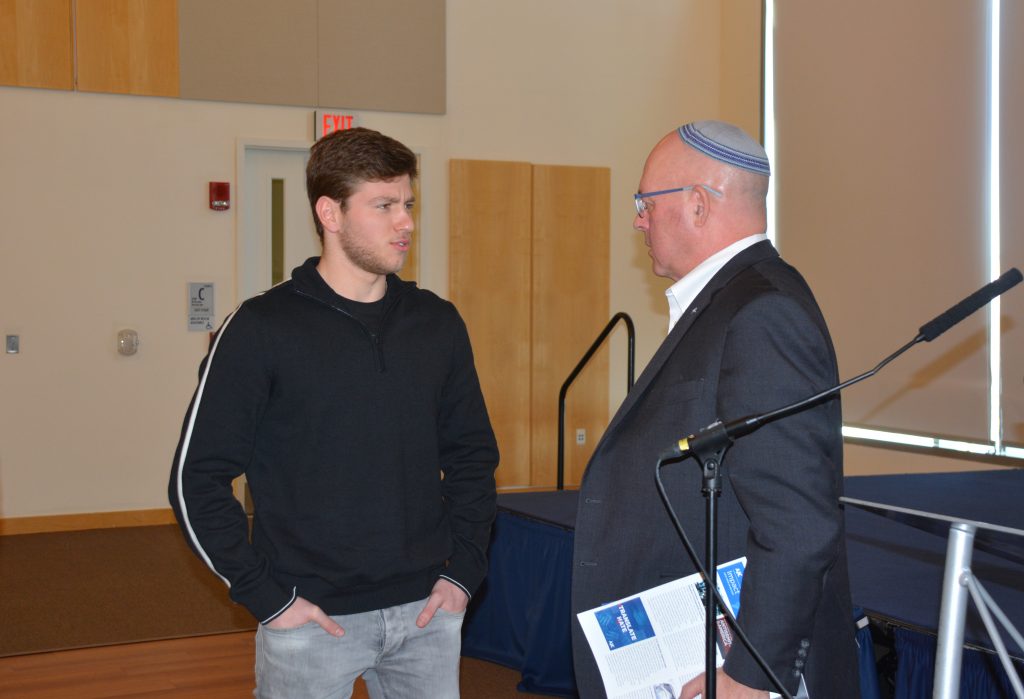 Rabbi Levy told a story about his 25 year old daughter who recently moved to a new neighborhood in Brooklyn, a neighborhood that he described as safe, wonderful and diverse with a significant Jewish population. He explained that his daughter is committed to the Jewish tradition of putting a menorah in the window during Hanukkah to share the light with the world; however this year she had concerns and called her parents for advice.

“She ultimately put it up, but the fact that she had to call her parents up to see if it was safe for her to put a menorah in her window to avoid being seen as a target – it broke my heart,” he explained.

While the event provided the audience with a much more enlightened sense of antisemitism, it also revealed the commonality between the hostility toward Jews and any other targeted group. Ultimately, the hatred comes from the same place and the ways in which it is expressed is the same regardless of the group under attack.

This program was especially timely for the Saint Peter’s community given the attack on the kosher market in Jersey City this past December. Centers and institutes such as the Center for Holocaust and Genocide Studies and the Guarini Institute for Government and Leadership are dedicated to providing quality programming that addresses issues and concerns of the University community and beyond.