Jennifer Hlavac ’19 and Sean Manning ’19 received finalist awards at the Intercollegiate Broadcasting System (IBS) awards ceremony on Saturday, March 5. The students were recognized for their work on the program, The Nerdy Rock Comic Stop and the winning trophies are for “Most Innovative Program” and “Best Specialty Show.” There were more than 7,500 people […] 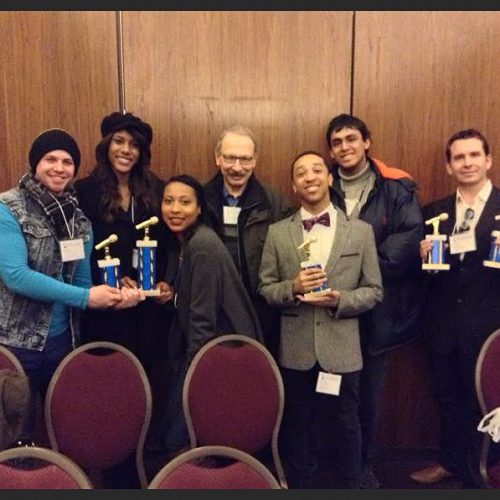 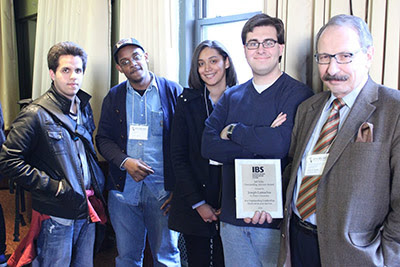 The Grand Opening of WSPR

The Saint Peter’s University community celebrated the grand opening of the $250,000 WSPR Radio Studio, located on the 4th floor of the Mac Mahon Student Center. Station staff took the opportunity to inform the student body of current programming, positions in the organization, and the marketable skills offered by radio including production, engineering, and public […]

The WSPR Radio Studios have moved to the brand new Mac Mahon Student Center. The student center opened on March 20, 2013. 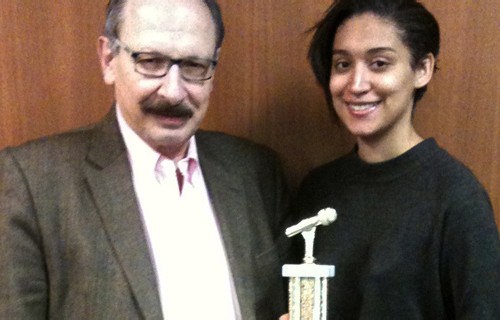 Saint Peter’s University student Natalie Castillo ’14 (right) won an award for her entry in the 2013 Intercollegiate Broadcasting System (IBS) national competition, held at the Hotel Pennsylvania in New York. Saint Peter’s University had eight entries in the national competition, which has become increasingly competitive over the past three years. Castillo is vice president/program […]

See all events at Saint Peter's University
Info Visit Apply
We use cookies to ensure you get the best experience. By continuing to use this site, you consent to the use of cookies in accordance with our Privacy Policy.Continue