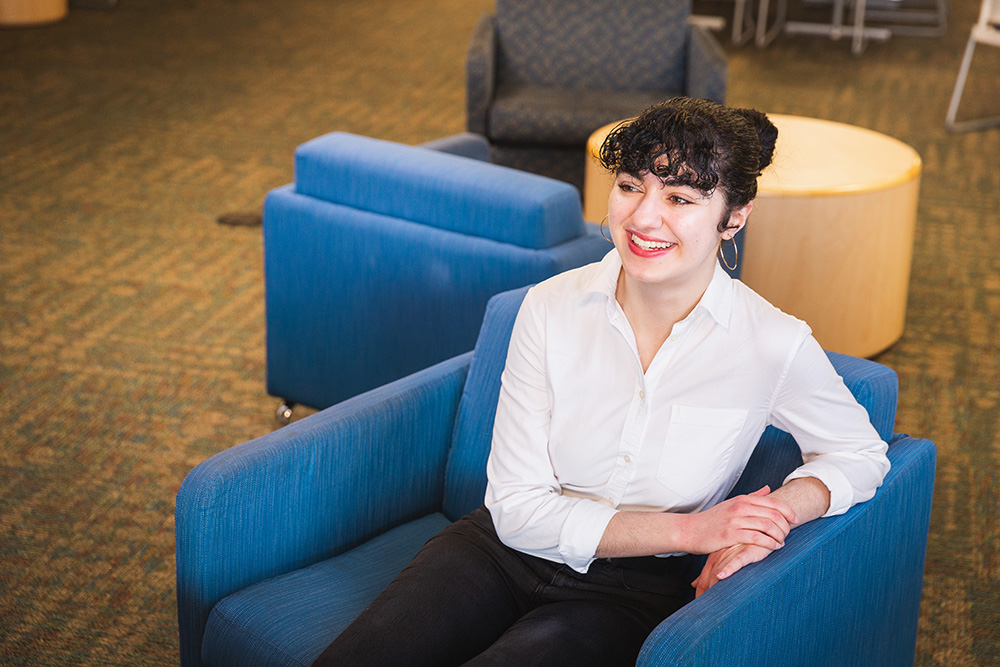 “Saint Peter’s is really good about letting you format your own education to your specific needs and interests. I’m graduating not just with a degree, but with a portfolio to jump start my career.” 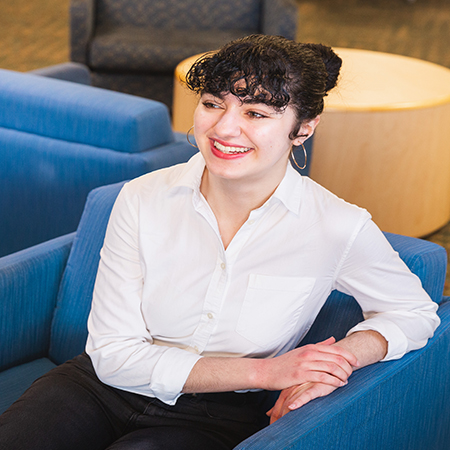 Along with her communication degree, Reyhan Lalaoui is leaving Saint Peter’s University with a completed pilot for an original web series, Suicide Spenders, and an up-and-coming production company, County Films. The honors student is just 18 years old.

Originally from Jersey City, Lalaoui was homeschooled until the age of 14, when she enrolled at Hudson County Community College. She became the college’s youngest valedictorian in 2017. She transferred to Saint Peter’s because “the University was the most open to helping me pursue independent projects.” Suicide Spenders, which Lalaoui wrote and directed, is a commentary on the way adolescent mental health issues are portrayed in the media. Advice and encouragement from Chair and Professor of the Department of Communication and Media Culture Cynthia Walker, Ph.D., and Lecturer of Communication Ernabel Demillo, M.A., was invaluable. “They supported this project from a badly formatted idea in a Word document to a sold out premiere at The Roy Irving Theatre,” said Lalaoui. She hopes to sell the web series to a streaming service like Netflix or Hulu. In the meantime, Lalaoui will work full time on County Films, shoot her second feature this summer and pursue graduate studies in film or screenwriting. “Saint Peter’s is really good about letting you format your own education to your specific needs and interests,” she said. “I’m graduating not just with a degree, but with a portfolio to jump start my career.”