Sigma Tau Delta is the International English Honor Society.  A member of the Association of College Honor Societies, it was founded in 1924 at Dakota Wesleyan University. There are over 750 Chapters located in Europe, the Caribbean, and the United States. Saint Peter’s University has had a Chapter of the Society since 1987.

Sigma Tau Delta seeks to stimulate a desire on a part of its members to express life in terms of truth and beauty and to gain a first-hand acquaintance of literary masterpieces.  The words Sigma Tau Delta are the initial letters in Greek of the English words symbolizing Sincerity, Truth, and Design. 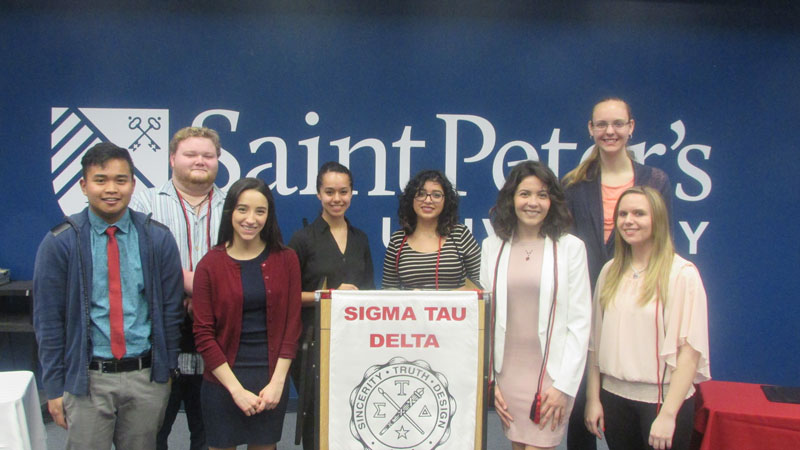