Early Exposure to Literary Adaptation: Disney, Dr. Seuss and Beyond 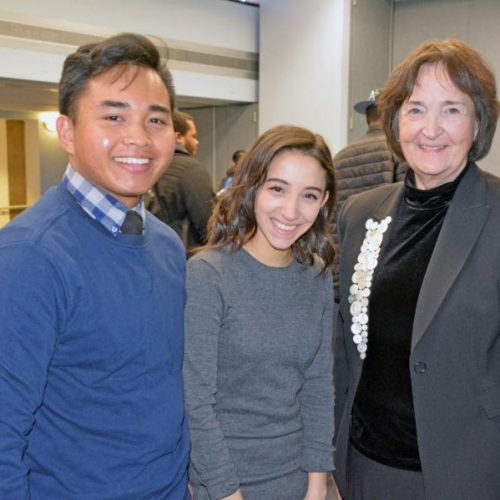 On Thursday, March 23, the English department hosted its annual conference, which this year considered “Adaptations and Influences: Literature’s Relationship with Other Disciplines.” Dr. Scott Stoddart, Dean of the School of Arts and Sciences, discussed two novels adapted to film in “History Repeats Itself: The Femmes Fatales of Laura and Gone Girl”; Dr. Rachel Wifall […]

Judy Casey Wilson, adjunct in the English department, is playing Lady Capulet in Romeo and Juliet at the Union County Performing Arts Center Hamilton Stage. Tickets are $15 or $10 for students and seniors; call (732) 499-8226 for the discount. Use code PAC17 for 30% off. Click here for showtimes and more information. 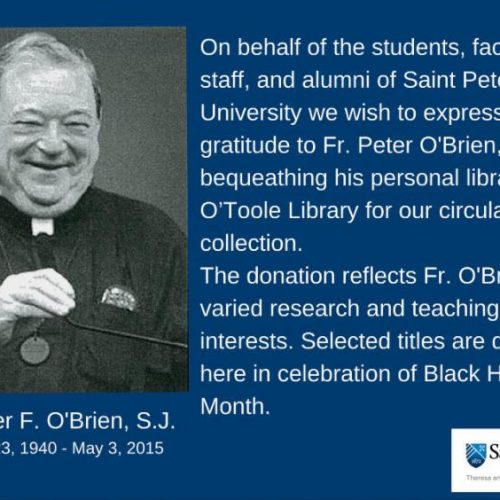 Throughout the month of February, The Theresa and Edward O’Toole Library is highlighting a collection of books donated by Rev. Peter O’Brien, S.J., who taught in the English department. The major focus is on African American literature and music. For additional information please contact Ilona MacNamara.

Michael Walonen of the English Department Presents a Paper

On October 12, Dr. Michael Walonen, a professor in the English department, presented a paper on commodity fetishism, social class and ethnic identity in the work of Latina authors Helena Maria Viramontes and Sandra Cisneros at the annual Popular Culture Association/American Culture Association Conference in Nashville, Tennessee. 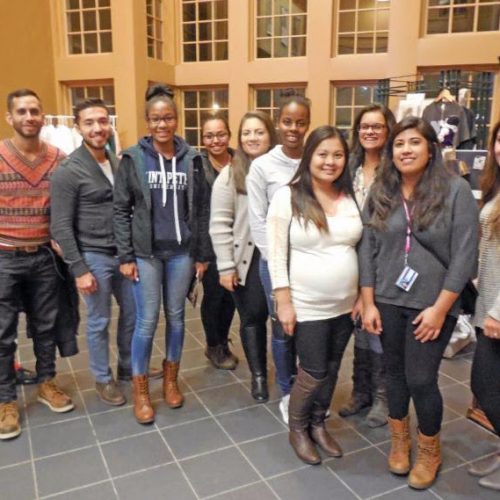 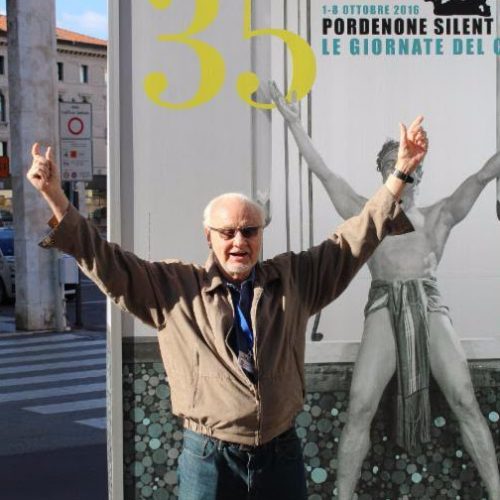 William Luhr, Ph.D., professor of English was an Invited Scholar at Le Giornate del Cinema Muto in Pordenone, Italy. It is a festival of silent cinema and Dr. Luhr is pictured in front of a poster of one of the featured films The Thief of Bagdad starring Douglas Fairbanks.

The English Department and Center for Leadership, Engagement and Wellness Invite You to a Shakespeare Outing 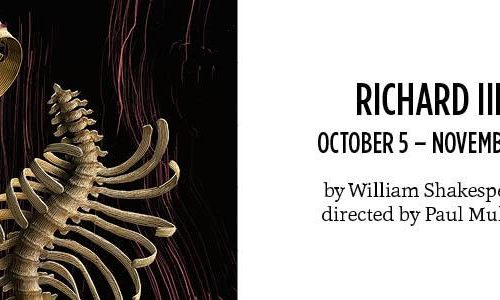 The English Department and Center for Leadership, Engagement and Wellness are sponsoring two outings to The Shakespeare Theatre of New Jersey at Drew University, to see Shakespeare’s diabolical play Richard III on the evenings of Wednesday, October 12 and Friday, October 28. All members of the university community are welcome; student tickets are $20. If […] 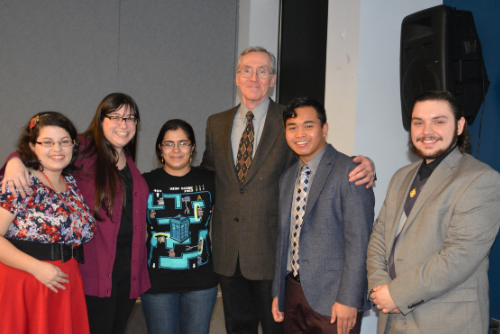 The English department’s Fantasy Conference was a huge hit. Students and faculty enjoyed fascinating presentations on various topics including “Arresting Strangeness: Tolkien and the Birth of Modern Fantasy” and “Is Reality Real?: Realismo Magico, Science and Fiction in Hispanic America.” The English department would like to thank the presenters, Constance Wagner, Vincent Rone, Fr. Mark DeStephano, […] 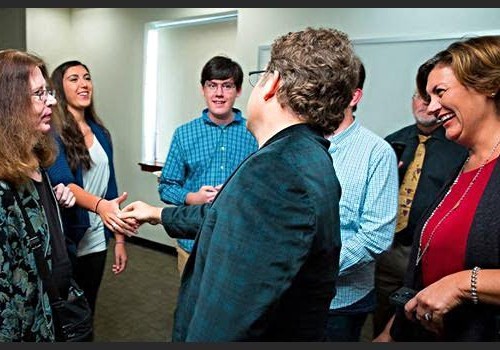 English Professor Constance G. Wagner, director of the writing program, recently attended a lecture at Hudson County Community College (HCCC) where she received the opportunity to interview actor Sean Astin about his role as Samwise Gamgee in the Lord of the Rings film trilogy. The interview will appear in a forthcoming issue of Silver Leaves, […] 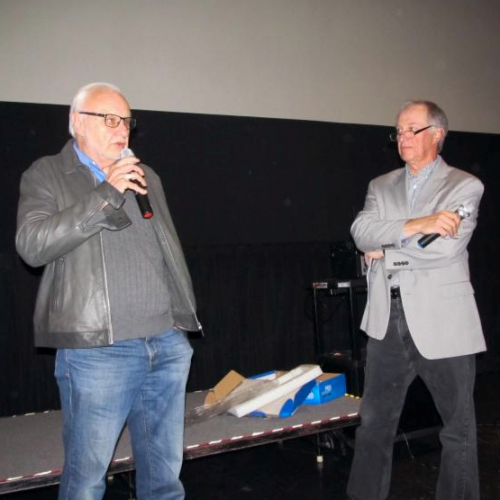 William Luhr, Ph.D., professor of English, was recently interviewed by John Yurko, director of the Media Educators Association, about the Hollywood Ten. Dr. Luhr shared his knowledge about the 10 motion-picture producers, directors and screenwriters who ultimately spent time in prison after defying Congress and refusing to answer questions regarding their possible communist affiliations. As […]