3D Printing Lab in The Theresa and Edward O’Toole Library 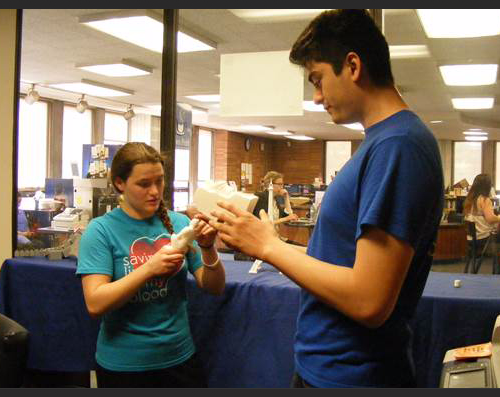 On Monday, May 4 the first Saint Peter’s University 3D Printing workshop was held on the first floor of The Theresa and Edward O’Toole Library in the newly established 3D Printing Lab. This lab is jointly sponsored by the Department of Applied Science & Technology and The Theresa and Edward O’Toole Library. The main goal of […]

Prajwal Niraula ’15, Joseph Ghobrial ’16 and Sabin Pradhan ’16 competed in the fifth annual University Physics Competition under the guidance of Dr. Wei-Dong Zhu and were awarded with a bronze medal. The University Physics Competition is an international contest for undergraduate students, who worked in teams of up to three students at their home […]

The Independent College Fund of New Jersey (ICFNJ) awards Saint Peter’s physics senior Prajwal Niraula (’15) and physics Sophomore Nnamdi Ike (’17) $2,500 for conducting research on “Self-Organization in Cathode Boundary Layer Discharge in Noble Gas Mixture”. Niraula is a 3-year veteran in research on microplasmas and had received a research grant from ICFNJ in […]

Professor and Student Have Article Published in Science Journal

Professor WeiDong Zhu and one of his student researchers, Prajwal Niraula, have published an article entitled “The Missing Modes of Self-Organization in Cathode Boundary Layer Discharge in Xenon” in the journal Plasma Source Science and Technology (PSST). 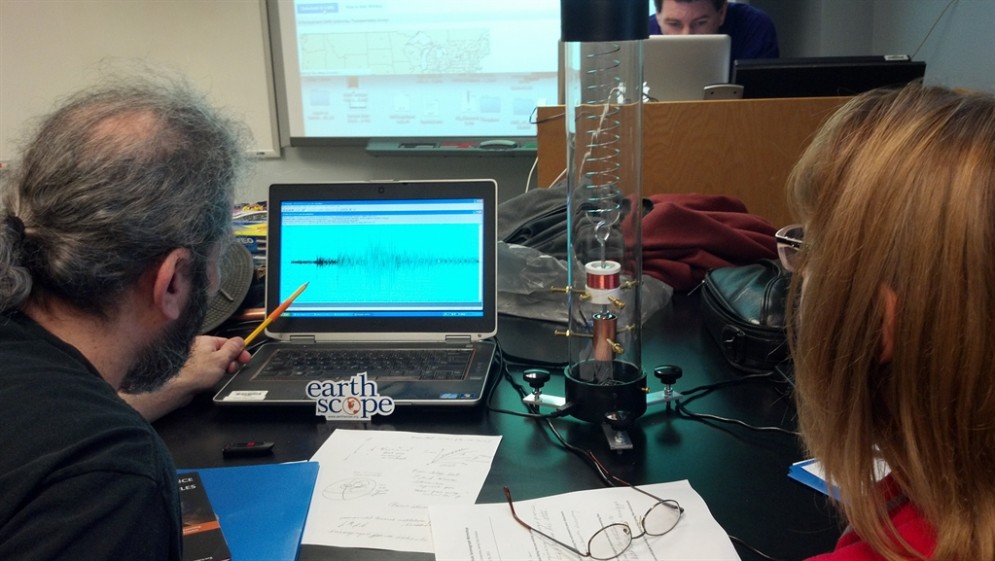 Distinguished Professor of the College of Arts and Sciences William Gutsch, Ph.D., attended the PARSE Teachers Workshop. At the workshop, he was able to assemble a seismometer and view images of the earthquake in Pakistan recorded by one of the instruments in the United States.

Student Prajwal Niraula and Dr. Wei-Dong Zhu’s work on self-organization in Krypton was presented at the XXXI International Conference on Phenomena in Ionized Gases (ICPIG). The poster presentation was titled “Self-Organization in DC Glow Microdischarges in Krypton: 3D Modeling and Experiments.” The conference was held from July 14-19 in Granada, Spain.

Dr. Wei-Dong Zhu speaks at the 2013 annual meeting of the Electrostatics Society of America

Wei-Dong Zhu, Ph.D., associate professor of physics at Saint Peter’s University, presented an invited talk, titled “Interaction of an Atmospheric Pressure Non-thermal Plasma with Water and Water Borne Bacteria” and chaired session “Gas Discharges and Microplasmas” at the 2013 annual meeting of the Electrostatics Society of America. The meeting was held from June 11-13 in Cocoa […]